Camryn woke up after sleeping through all three of her alarms. She jumped out of bed, skipped the shower and breakfast, got dressed and ran out the door.

After arriving at class, she remembered there was a quiz today. She had had a reminder in her calendar for a week now, but still, she forgot to study. The low-battery alert flashed on her computer screen, and she realized she forgot her laptop charger.

Her belly rumbled as she looked at her prescribed medication. It was literally a hard pill to swallow knowing she wouldn’t have an appetite all day, her body would feel sick and shaky, her emotions would turn numb and falling asleep at a decent time would be out of the question.

She still took the pill. Time got lost and hours blurred together. Before she knew it, 12 hours had gone by without her eating or speaking to anyone.

After studying, she was still behind. At night, though her body was exhausted, racing thoughts kept her up until 3 a.m.

The next morning, she repeated the day over.

This is a typical day for Camryn, who wished to only be identified by her first name. She is a junior mathematics major who has Attention Deficit Hyperactivity Disorder (ADHD).

ADHD is a relatively newly-recognized disorder. Doctors still presume it to be a male-dominated condition. ADHD in women is often overlooked, and instead, female patients are often diagnosed with a different emotional-based psychiatric illness.

Originally, it was believed that there were two different kinds of ADHD: inattentive (ADD), hyperactive-impulsive (ADHD) or combination of both. ADD manifests internally. Symptoms include difficulty sustaining focus, often spacing out when being spoken to and troubles with time management. ADHD is the stereotypical hyperactive individual who struggle to sit still and tend to give way to their impulsivity in their actions and words. who cannot sit still and has no self control over their actions and words. Because ADD is not physically visible, those with this condition are often overlooked or misdiagnosed.

For unknown reasons, women are often not diagnosed until adulthood, many times only after their child receives an ADHD diagnosis. Women suffer more from psychological distress and lower self esteem, leading doctors and family members to mistakenly assume a different mental disorder as the issue.

Society encourages girls to have “feminine” qualities like being empathetic, nice and obedient. Women are expected to be an enthusiastic wife, organized mother and a successful, career-driven member of our country’s workforce. Dealing with intensified emotional turmoil and society's expectations, women often turn to emotion-oriented coping skills in order to hide their internal struggle, making a diagnosis harder.

People diagnosed with ADHD are 50% more likely to have a personality disorder, so a lot of patients have multiple disorders. Treatments for mental illnesses like anxiety and depression have little effect without addressing the core cause – ADHD.

Julia Baker, a junior public health major, did not get diagnosed until she was 20 years old.

In addition to underdiagnosing, women often deal with greater emotional turmoil because of their effort to compensate and cover up symptoms.

“I also suffer from anxiety and depression, and I blame this on my late diagnosis during my junior year of high school,” Camryn said. “I also have characteristics that society deems as ‘boy behaviors.’”

Traits that come with ADHD in women are often misconstrued.

An ADHD mind easily slips into daydreams, a symptom that would make a teacher think a student does not care. Impulsivity and the fear of losing one’s train of thought makes interrupting a bad habit that others could see as rude and inconsiderate. Procrastination due to the inability to regulate emotions and unstable dopamine levels can make a student seem lazy.

Being unaware of your condition, children can internalize these characteristics and associate their value with negative symptoms that are out of their control.

“ADHD is my identity, and in order to understand what that means to me, I have to learn about the condition and how it impacts all areas of my life,” Camryn said.

For Camryn, the biggest struggle is differentiating reality from intrusive thoughts. Getting stuck in a loop without the ability to silence negative thoughts makes paying attention in class or sitting down to do homework harder for a brain prone to going off topic.

“I get emotional highs and lows throughout the day,” Camryn said. “Rejection dysmorphia makes it hard to tell if a thought is rational, or if I am just being self-critical and impulsive.”

Camryn has found using marijuana helps regulate her intense emotions. Although Ohio has decriminalized possession and legalized medical use, she said the negative stigma around smoking contributes to her anxiety.

“I impulsively make bad decisions that I know are not good for me, such as going out and drinking when I had originally planned on staying in and studying for an exam,” Altamura said.  “Or I might act out by yelling at the people I love and regret it after.”

For Camryn, her experience as a woman has made living with ADHD even harder.

“I worry sometimes that I am not mentally built to be successful because I am already prone to higher sensitivity,” Camryn said.

Things got even more difficult for Camryn after she experienced an assault, and had to deal with that on top of everything else.

“Academic struggles and anxiety for the future is already hard, so when stuff goes wrong … staying on top of school work was even harder because I had so much going on in my head,” she said. “Time kept moving while I tried to heal and navigate college. I didn't know what to deal with first to keep moving and felt like I was drowning.”

College, especially during the pandemic, can be overwhelming for students with ADHD. It can be hard for them to manage their time and stay organized while on campus.

“I changed my major six times just because I got bored fast,” Baker said. “The workload this year has been difficult, and I find myself zoning out during class all the time, more so now with online lectures.”

According to Children and Adults with Attention-Deficit/Hyperactivity Disorder (CHADD), only 15% of people with ADHD acquire a four-year degree compared to 48% of neurotypical adults.

“I feel lucky just to have the privilege to attain a higher education through my family’s hard work and sacrifices,” Altamura said. “I was able to stay on top of my work until COVID happened. Online is harder because I have lost a classroom setting that helps me focus.”

Camryn, Altamura and Baker all take medication to help manage their ADHD. These medications, however, can cause negative side effects like lost appetite, insomnia, irritability and heart problems.

The best treatment for ADHD is a combination of cognitive therapy and stimulants. Starting medication can be life-changing, but the negative side effects of the drugs can also be detrimental.

Altamura does not want to be dependent on medication because taking a drug every day builds tolerance. A high tolerance could potentially weaken the drug’s effects, leading to the prescription of higher dosages.

“If I did not have my medication, I do not know what I would do,” Altumura said. “But I also feel like big pharma is taking advantage of our dependency.”

“I have tried tutoring, but they could make the website less daunting,” Baker said. “They require so much paperwork, and it can take a long time to get an appointment.”

Camryn thinks it would be helpful to have more emotional resources available.

“An ADHD-centered group is something I would like to join,” Camryn said. “Having workshops for students with the condition that are run by successful people who have the condition would be encouraging.” 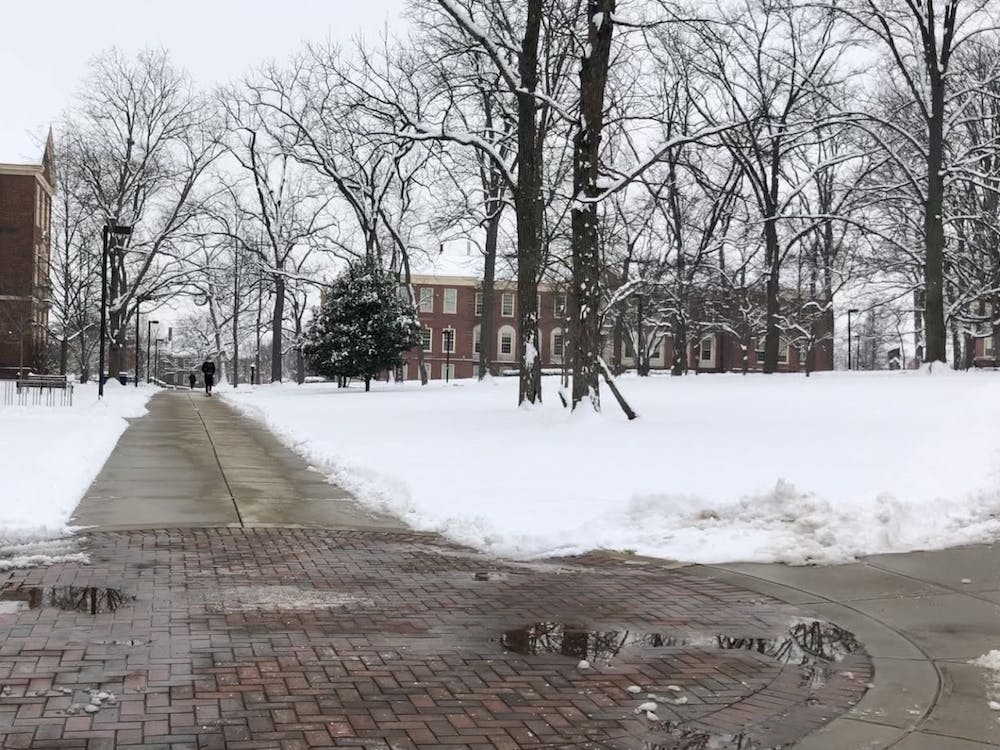