It’s what women’s volleyball Head Coach Carolyn Condit called her Miami RedHawks after a sweep against Eastern Michigan two weeks ago, and it’s an apt description of how the team played this past weekend against Central Michigan.

Miami got out to an 8-4 lead in set one thanks to three kills from junior outside hitter Gaby Harper. The RedHawks then extended its lead thanks to three service aces from Harper, senior libero Abigail Huser and senior right side Sarah Wojick. The Central Michigan Chippewas came back and took the lead, 22-20.

The rest of the set was back and forth. A service ace from Central Michigan freshman setter Kamryn Olson gave the Chippewas a 25-24 lead, but a kill from senior right side Avarie Powell and another Wojick ace put the RedHawks up 26-25 with the serve and a chance to win the set.

It would be as close as they would get to winning the first set, as Central Michigan responded. The team won the next point and eventually won the set, 30-28, thanks to an attack error by Harper.

Senior setter Morgan Seaman and sophomore outside hitter Allyson Severance combined for three service aces early in set two to give Miami a 9-6 lead. The RedHawks were in control for a lot of the set, as three straight Seaman assists put the team ahead, 20-16.

Miami went cold for the rest of the set, allowing the Chippewas to take a 24-23 lead, its first of the set, before winning the next point and the set.

Just like that, the RedHawks were down 2 sets to none, with their tournament hopes on the line.

Central Michigan jumped out to an early lead in the third frame, but a Chippewa service error and three straight kills from Powell gave Miami a 15-12 lead, its first of the set.

The rest of set three was a battle. An attack error gave the RedHawks a 25-24 lead, but a kill by junior middle hitter Megan Sivertsen tied the score.

From there, both teams had an opportunity to win the set, but were thwarted on set point. Finally, Severance recorded a kill to give the serve back to Miami, then served an ace to put the team ahead, 29-28. A kill by Harper closed out the set and kept the RedHawks alive.

The RedHawks stayed in it, but after a kill by CMU sophomore outside hitter Anna Erickson made the score 20-14, it seemed like the ‘Hawks didn’t have the energy for a comeback.

After a kill by Harper, things changed dramatically. Miami scored the next seven points to take a 21-20 lead, thanks to kills by Harper and Wojick. The Chippewas tied the game at 21, but after two Central Michigan attack errors and two kills by Wojick, the RedHawks took the fourth set.

Miami rode the momentum into the final frame, as the team led 7-4 in set five. The Chippewas tied the score at 11-11, but the RedHawks were still in total control. McCrary recorded a block and kill to clinch the last set, 15-11.

After a hard-fought comeback win, the team had to do the whole thing all over again the next afternoon.

In the first two sets, it seemed like making the postseason wasn’t meant to be for Miami. The Chippewas led 16-10 in set one thanks to sloppy play from the team in red. The RedHawks came back and took a 21-20 lead, but kills by Erickson and junior outside hitter Sierra Gray gave Central Michigan a first set win.

The second set was close, but the Chippewas grabbed a 16-11 thanks to the performance of junior outside hitter Savannah Thompson, who recorded seven kills in the frame. Miami hung tough, but Central Michigan pulled away and won the second set, 25-20.

With their backs against the wall for the second day in a row, the ’Hawks hit their stride in set three. They took an early 9-4 lead and managed to weather any Chippewa comeback attempt. Harper recorded three late kills to win set three handily, 25-15.

Set four was close, but the RedHawks managed to stay in control. Central Michigan took a 16-15 lead, but Miami was unfazed. A kill by Wojick gave the team the lead, which they wouldn’t relinquish for the rest of the set. A kill by junior outside hitter Sophie Riemersma won the set for the RedHawks.

After nine sets of volleyball on the weekend, a tenth and final set was needed to straighten things out.

Miami managed to stay in control in the fifth set, as two well-placed spikes by Severance gave the team an early 6-2 lead. The Chippewas hung around, cutting the lead to 8-6, but a sideways set by Seaman landed softly on Central Michigan’s side, giving the serve back to the RedHawks.

Her set sparked a run for Miami, as a kill by Harper made the score 14-6.

A kill by Thompson gave the serve back to the Chippewas, but senior setter Grace Butler’s serve hit the net, giving the RedHawks their second come-from-behind victory in two days.

Elsewhere, Miami received some good news: Kent State dropped its last match of the season, dropping its record to 12-9, one game below the ’Hawks at 13-8.

Thanks to the team’s two comeback victories, the RedHawks clinched the fourth seed in the MAC tournament.

Miami will play the number one seed, the Bowling Green Falcons, on their home floor this Friday at 4:30 p.m, and the winner will play the victor between the Western Michigan Broncos and Ohio Bobcats. Both games will be broadcast on ESPN+. 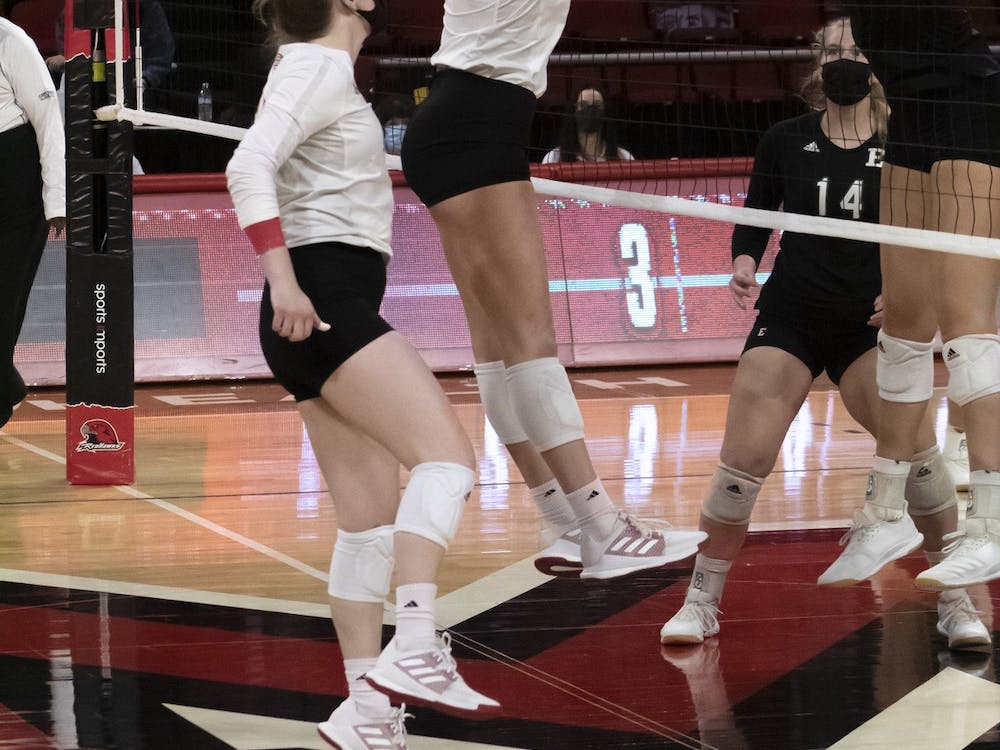 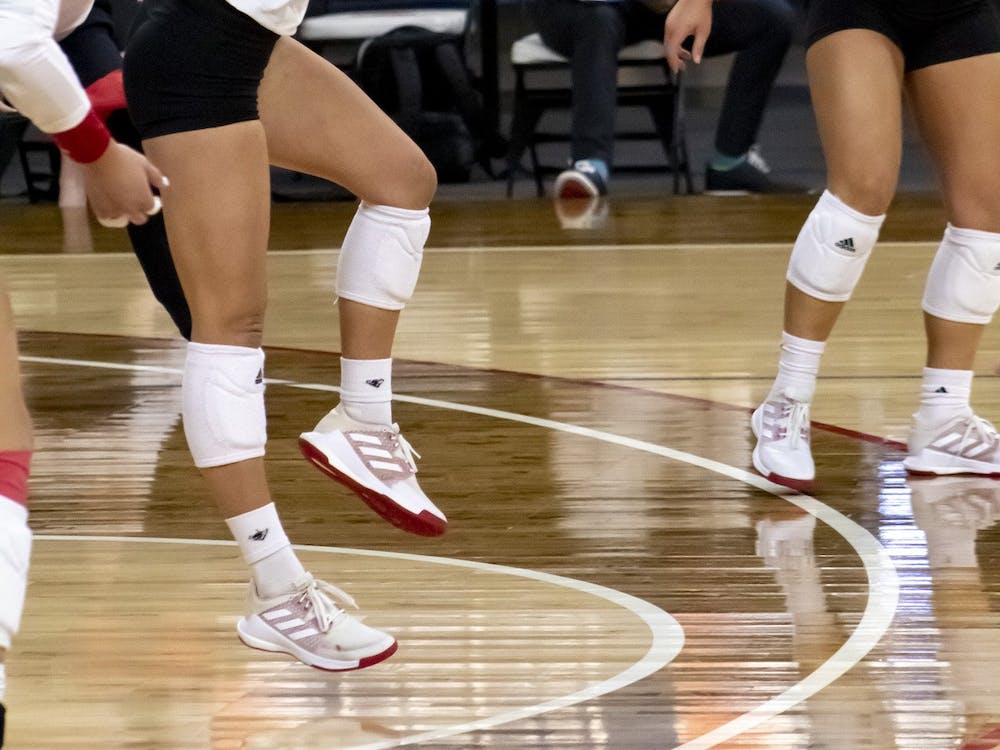 The Redhawks claimed victory again, 25-22, to win 3-1 and sweep the series. Player of the Game, Morgan Seaman, deserves much of the credit for the victory, as she casually collected 55 assists to go along with a couple of kills.