The RedHawks lost, 5-0, against the University of Connecticut on Friday. They lost again, 5-3, against Coastal Carolina University on Saturday.

But the team managed to finish the weekend off with an 11-3 win against Davidson College in a game that started at 10:30 a.m.

Miami gets shut out

The University of Connecticut’s pitchers brought the heat, shutting the RedHawks out Friday evening.

In four different innings, including the last two, Miami was able to get runners aboard but couldn’t bring them home.

Meanwhile, the Huskies started scoring runs early in the game.

In the second inning, a UConn player doubled and later scored on a wild pitch from starting pitcher Kenten Egbert. The Huskies then loaded the bases and put two more runs on the scoreboard with an RBI walk and an RBI single.

UConn extended its lead to 5-0 with an RBI triple in the sixth inning and an RBI double in the seventh inning.

Saturday’s game was a game of home runs

After three quick and hitless innings passed, second baseman Will Vogelgesang singled in the fourth inning to get the first hit of the game.

The Chanticleers fought back with two solo homers to put them in the lead, 2-0.

The RedHawks caught up in the fifth inning. After catcher Nate Stolze walked and third baseman Brian Zapp grounded out, shortstop Tyler Wardwell hit a two-run bomb to tie the score.

Coastal Carolina got its bats working again in the sixth inning. The Chanticleers took a 5-2 lead after two singles and a three-run home run.

In the seventh inning, Stolze hit a leadoff solo homer, but the RedHawks couldn’t produce any more runs and left two men stranded by the end of the inning.

The RedHawks scored 10 out of their 11 runs in the first three innings of the 10:30 a.m. game on Sunday against the Wildcats.

In the first inning, left fielder Dalton Back doubled, Vogelgesang singled and right fielder Nate Stone reached on an error by the Wildcats’ left fielder, which brought in a run for Miami.

Stolze later hit an RBI double to give the RedHawks an early 2-0 lead by the end of the first.

Back then grounded out, bringing in a runner, and Stone singled to extend the RedHawks’ lead to 5-0.

Morisette walked and brought in a run and Brokemond hit a two-RBI single. Back hit a sac fly and Vogelgesang singled to extend Miami’s lead to 10-0.

The RedHawks travel to Tennessee this weekend to play against the University of Memphis. The three-game series against the Tigers starts Friday at 4 p.m. 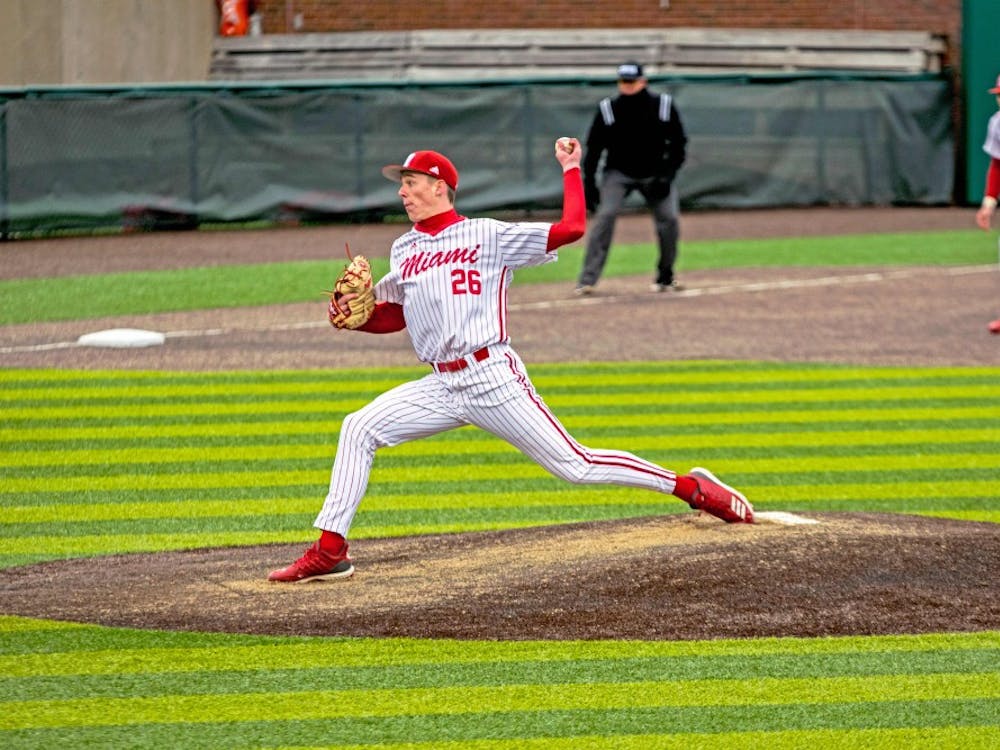