In honor of Martin Luther King Day, “A Conversation with Nikki Giovanni: Anti-Racism Activism Then and Now” gave Miami alumni and present students the opportunity to converse with celebrated poet and professor Nikki Giovanni on the faces of Civil Rights era and today’s activism on Monday, Jan. 18.

Giovanni was born in Knoxville, Tenn. but later moved with her parents to Cincinnati, Ohio, as a child. Early on, Giovanni fostered her love of Black culture and heritage through her grandmother, noting that she came “from a long line of storytellers.”

While studying history at Fisk University in 1964 , Giovanni was amongst writers and other artists of color in the emerging literary and cultural renaissance of Black identity and worked to restore the Fisk chapter of the Student Non-Violent Coordinating Committee (SNCC). After graduating from Fisk, Giovanni attended the University of Pennsylvania and Columbia University.

Giovanni was asked various questions about her own experiences by a panel consisting of six Miami students on Monday, Jan. 18.

Among the speakers in the panel were Nloh Masango-Dibo, Quinton Ndyajunwoha, Rachel McMillan, Brandon Small, Joy Alise Davids and Chase Harris. Both McMillan and Davids are Miami alumni, while Masango-Dibo, director of the Center for Student Diversity & Inclusion, Ndyajunwoha, Small and Harris are current students.

Giovanni answered questions pertaining to policing, the rise of counter-movements such as All Lives Matter and their meaning, the evolution of the role of  Black women in activism, how she believed that community activists can hold elected officials accountable and the value of personal narratives in activism.

Giovanni has written numerous collections of poetry — from her first self-published volume “Black Feeling Black Talk” (1968) to New York Times best-seller “Bicycles: Love Poems” (2009). She has also produced several works of nonfiction and children’s literature and multiple recordings, including the Emmy-award nominated “The Nikki Giovanni Poetry Collection” (2004). Her most recent publications include “Chasing Utopia: A Hybrid” (2013) and, as editor, “The 100 Best African American Poems” (2010),” according to the Poetry Foundation. As of 1987, she has served as a University Distinguished Professor at Virginia Tech.

During the panel, Giovanni also provided advice for how Black students in predominantly white spaces could maintain normalcy and spoke about her own experiences and insights about white supremacy in America.

“Activism is often thought of (as) something that changes the world, but sometimes it can just be something that makes us happy,” Giovanni said when asked for her opinion of what personal narratives and experiences do for activism and creating a larger narrative.

For Giovanni, understanding and reminding others of the strength of Black identity was foremost.

“Style has a profound meaning to Black Americans,” she said. “If we can’t drive, we will invent walks, and the world will envy the dexterity of our feet. If we can’t have ham, we will boil chitterlings; if we are given rotten peaches, we will make cobblers; if given scraps, we will make quilts; take away our drums, and we will clap our hands. We prove the human spirit will prevail.”

She urged the panelists and audience to find the people and issues in their lives that mattered to them.

Masango-Dibo concluded the panel by going back to Giovanni’s words on the importance of understanding one’s identity.

CORRECTION: In a previous version of this story, the names of the director of the Center of Student Diversity, Nloh Masango-Dibo, and Inclusion and student Quinton Ndyajunwoha were misspelled and have now been corrected.

The previous version of this story also stated that “A Conversation with Nikki Giovanni: Anti-Racism Activism Then and Now” was planned in honor of Black History month, but was corrected to show the event was planned for Martin Luther King Day. 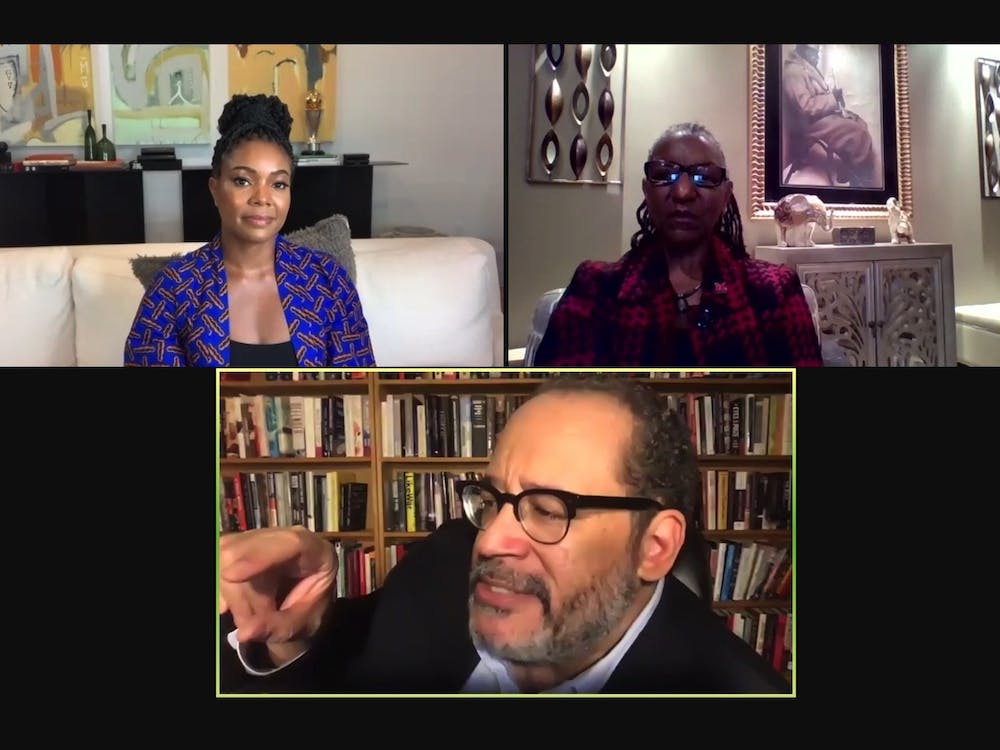