The only one that can win the next debate is you

You either watched the first presidential debate and got a headache or … well, you didn’t watch it.

We suggest that next time, you do.

We understand that for a lot of people, particularly younger and undecided voters, watching these debates is disheartening. It seems like more time is devoted to interruption and petty arguments, and far less time is devoted to addressing the concerns of the American people.

Yet as frustrating as these debates can be, there are still ways to maximize your experience. To do so, consider the following:

Which candidates are actually answering the question? Not giving an answer that sounds like your third try at perfecting the answering machine message after the question is asked, but actually giving a statement that addressed the issue posed in the question.

Which candidates are talking about the issues that matter to you? Not talking around the issues, not telling a story about how they were just talking to somebody involved in those issues, but actually taking the time to say something worthwhile about the stuff that you care about. In other words, who is for the people, not the polls.

Neither of these people are doing what they’re meant to be doing at these debates, but pay attention to who appears to care that you get something out of it, and if that’s neither, which we completely understand, repeat the steps above.

It may be easier to turn off the television and walk away from this chaos, but we shouldn’t. And why?

Because ignorance is bliss, but knowledge is power. Why not get your information on the candidates from the source if you have the opportunity? Even if you don’t get your questions answered, you can see how these men do under pressure, and you will get something out of it that you wouldn’t be able to get from a third-party source.

Advocate for yourself when drawing a conclusion, and use what you watch in the debate to solidify it.

Don’t be a passive watcher. Even if you’re just sitting alone on the couch, just go ahead and yell at the TV. Dads do it with sports all the time and literally nobody ever says anything. It’ll be OK.

If you’re with other people, even better — get political. It’s literally the most appropriate time to get political in a social setting. To the best of your abilities, be your own fact-checker. Poke around the candidates’ websites and multiple news sources and see what’s up.

While the candidates are arguing, pull out your smart phone and look up health care policies or a court case reference. Don’t rely on the candidates to clarify what they’re talking about because they’re not going to.

If we learned anything from the first presidential debate, it’s that we, as viewers, need to advocate for ourselves to find the truth. Sure it’s extra work, but our time is better spent educating ourselves on the issues at hand than listening to two candidates talking over each other like they’re on a poorly-connected Zoom call.

The next debate is on Oct. 22. It may be headache-inducing, but just watch it anyway. 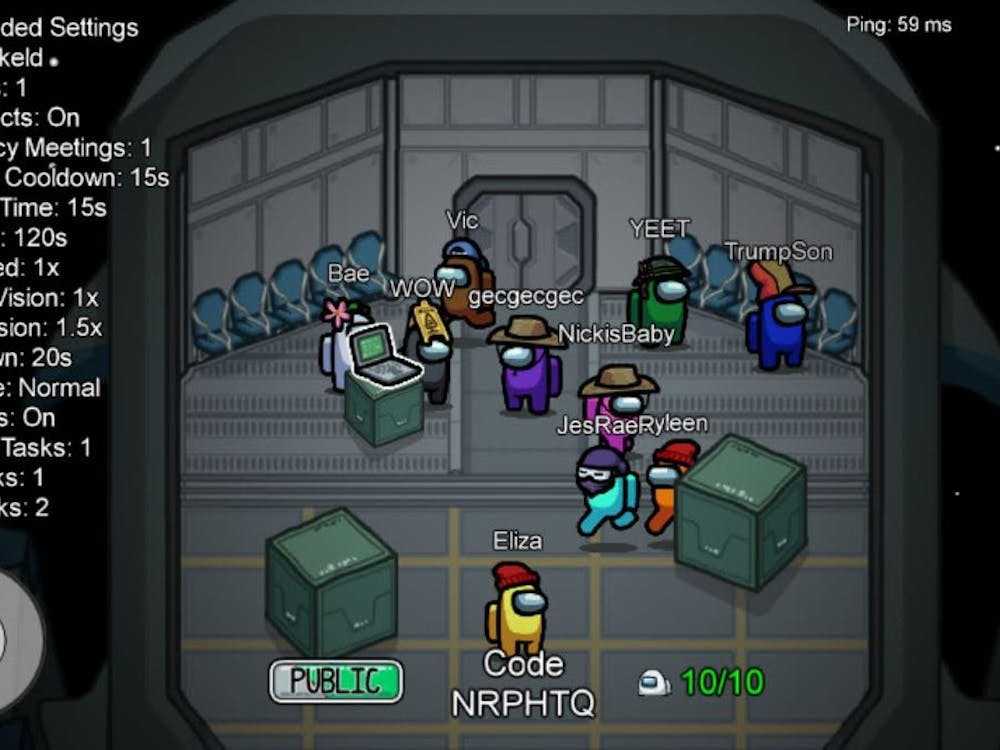 'Among Us' among Miamians

As students are still confined to dorms and houses, the video game 'Among Us' provides some community and distraction during a trying semester.

Do this justice some justice

Ruth was a warrior for change. Let a piece of her live on in you by registering to vote, actually voting, staying informed, staying passionate and staying on the side of what you believe is right.

We don't know how to feel — and that's OK

Miami administrators say they want to protect our health as well as our reputation as a university. That leaves us with a lot of questions – not just for the university, but for everyone. What’s the cost?