Before school moved online, I had only downloaded Tinder once. It was toward the end of last semester, and I was curious to see who could be on there.

I had a few matches, but nothing really came of them. I had a bad habit of swiping on a few people and then immediately turning off my account, so no one could see me. It was pretty much pointless.

I kept the app for three days, went on one date and then deleted it.

After the online transition, I redownloaded the app out of boredom. My friends and I would sit together gathered around one phone and swipe. We all have drastically different tastes in guys, so we would all constantly disagree on who deserved a right swipe.

I was still deactivating my account any time I wasn’t on the app. After a few more days, I stopped using it completely. It wasn’t until I moved back home that I learned about Tinder Passport.

Tinder Passport is a feature that allows you to move your location to anywhere in the world, so you can connect with people from across the globe.

First, I stayed in the United States, changing my location to San Diego or New York City. I even “visited” Oxford, just to see who was there. I went to a few other cities out of curiosity. Then, I decided it was time to travel internationally.

I went from Paris to Milan to Melbourne to Greece. I tried not to change my location too quickly because I was curious if I would match with anyone. While there were matches in each new place I visited, there were few messages that followed afterward.

Of the messages that I received, everyone was generally friendly. Most complained about the distance and how sad or confusing it was. To me, it made sense because I had intentionally set my location far away.

After setting my location to Melbourne, I was surprised to see someone I recognized. On my screen was Tyde Levi, a youtuber-turned-singer that I was obsessed with in middle school. My sister thought it had to be a fake account. Unfortunately, we didn’t match, so I’ll never really know if it was him.

Sophomore Shreya Gupta, a marketing and business economics double major, has also been using Tinder Passport while she’s home in New Jersey. The time differences between countries make it hard to figure out the perfect swiping time, but she stays up even later now to talk to matches from across the world .

Gupta has “traveled” from Australia to Greece to London, matching with people along the way. She was surprised there was no language barrier when talking to matches from Greece, only entertaining and easy conversations.

“I don’t know how to say their names, and I can’t understand any of their bios,” Gupta said. “But, you know, I’m having fun.”

The boys that she matches with ask about time differences, coronavirus and her home in New Jersey. Many are curious about the differences between life in the states and the country they're from. Some boys have only 200 cases of coronavirus in their entire country. Gupta has nearly 200 deaths in her county.

First-year accounting major Abby Koors has been talking to boys abroad and noticed a contrast in conversations between American and international boys.

“You can definitely tell the difference,” Koors said. “[The European boys] actually care about your well-being and how you’re doing during the pandemic.”

Koors said, if she were to ever travel abroad, she would visit them, but she would never have them come visit in the states because it would make everything feel too serious.

“All the boys I matched with are super funny, and they have cute names,” Koors said. “One guy even said if I’m ever in Brussels to let him know.”

Senior Cody Vandergrift, a psychology and international studies double major, has been using Tinder Passport for two weeks and has set his location around the world, but mostly stays within the United States. He doesn’t think anything serious could come from using the app in different locations, but it’s an interesting experience.

“I am using Tinder Passport just to be able to talk with people,” Vandergrift said. “I am not sure if it is realistic to think that a relationship could come from someone that is across the world or country.”

Tinder Passport has been a way for people to test one of the special features that Tinder Gold offers. However, with a $10 monthly fee, most people don’t think it would be worth it to upgrade.

“If I was going to move somewhere, I would understand the benefits of it,” Gupta said. “But a month from now, do I want to be swiping on boys in different countries that I'll never meet? No, it’s too expensive just to have fun on an app.”

Tinder Passport has provided a way to travel during a time of stay-at-home orders and quarantine. It’s an exciting new opportunity to meet people from across the world but with a much cheaper price tag. 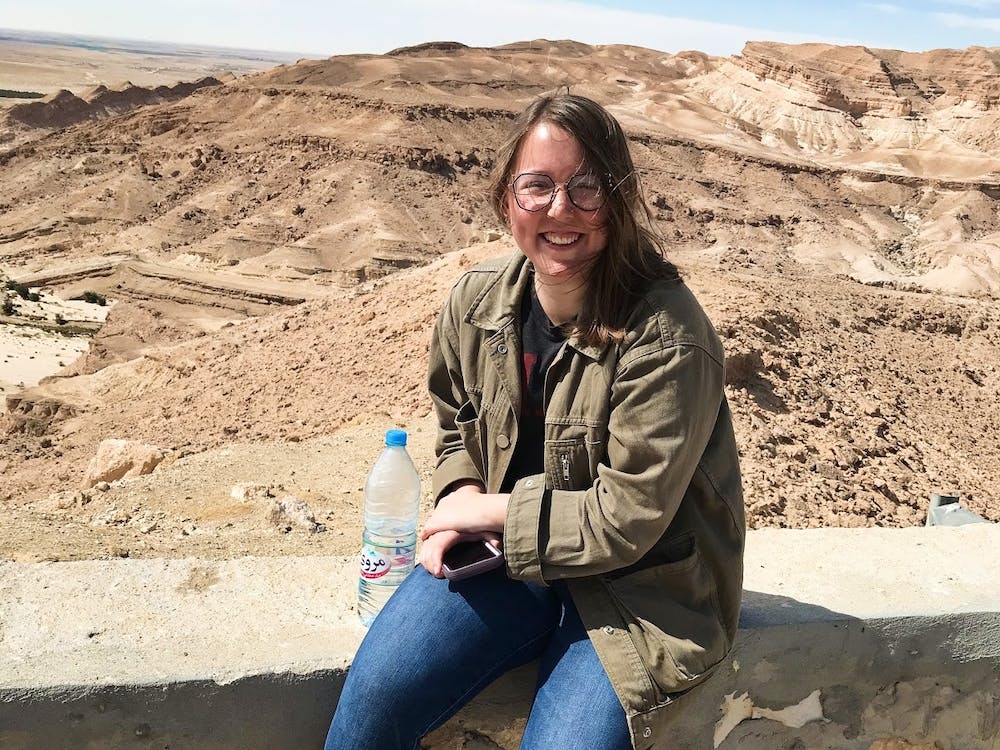 Oxford City Council began hosting its  meetings virtually on Thursday, April 9. This change may continue until after the stay-at-home order is lifted.