Rushing, then Rushing Back Home: Sisterhood and brotherhood from a distance

Both of first-year Jordana Luther’s parents were involved in Greek life when they were in college and still keep in touch with people they met through their fraternity and sorority. Luther came to Miami wanting to join a sorority, hoping to find a group of close friends like her parents had.

In early February, new members received their bids after days of recruitment. Luther got a bid to join Phi Sigma Sigma and rushed to greet the group of smiling faces of the girls who were now her sisters.

About a month later, almost all of the events that she and the other wide-eyed new members had been looking forward to got canceled — socials, Big/Little Reveal, date parties, semi-formals, moms and dads weekends and formals.

Luther and other pledges moved out of residence halls and back to their parents’ homes before most of them could be officially initiated, which happens after about eight weeks of being in a sorority.

“It’s definitely a little sad,” Luther said. “I feel like I’m missing out because I didn’t get to have the official Big/Little reveal, and I’m not as close with my sisters as I could have been.”

In the month leading up to the announcement that classes would be held remotely for the remainder of the semester, fraternities and sororities were able to squeeze in some of their events, mainly new member meetings and socials. Luther was even able to go to Phi Sigma Sigma’s first date party.

Charlie Hall, a first-year and new member of Alpha Sigma Phi, said all he had time to experience were a few serenades to sororities and meeting his brothers, though he did feel that he was able to get close with his pledge class before having to leave campus.

Bailee Day, a first-year and new member of Chi Omega, still got to experience Big/Little Reveal after a week of being spoiled by her Big with food, painted canvases and hand-me-down shirts with the sorority’s letters.

Luther got to meet her Big, but the reveal had to be canceled to avoid the large group gathering. Like Hall, Luther felt that she was able to meet a good amount of new friends, but she struggled to get too close to anyone in just a few weeks.

It took a few months for junior Carmella Bate, who joined Phi Sigma Sigma back in spring 2018, to establish a group of friends during her first semester in the sorority, but it’s a time that she remembers fondly.

“I think really by formal time, I started to get with the group of girls that I’m now best friends with,” Batea said. “I wish I could do it over again just because … we didn’t really have too much to worry about as far as the responsibilities of being a sorority woman.”

Though the social events dependent on having large groups together in one space had to be canceled, Greek organizations are trying to reimagine other events so members can participate from their homes.

Both Luther’s and Day’s sororities have begun holding weekly chapter meetings over Zoom.

From April 7 to April 10, Chi Omega held a virtual Wish Week to raise money for the Make-A-Wish Foundation. Members shared what Make-A-Wish means to them on social media and posted Venmo donation bingo cards on their Instagram stories, raising more than $6,800 in two days.

The national Phi Sigma Sigma foundation created “Detour,” a campaign dedicated to this transition to remote sisterhood. The organization made an Instagram and Facebook account to post encouraging words and activities to do at home.

“They are doing their best to make this transition and these next few months the best that they can be,” Bate said.

The individual chapters are finding creative ways to build community, too. Phi Sigma Sigma made group chats for different interest groups, from Netflix to food, where girls can host watch parties and share recipes. Chi Omega has hosted virtual events like trivia nights.

Hall and his pledge class have a Zoom call every Friday afternoon to catch up and spend time with each other. Both Day and Luther still keep in touch with their Bigs and friends they were able to make before leaving by texting and sending each other TikToks.

“It’s kind of different because you don’t get that experience to really sit down, hang out and get really close to your sisters,” Day said. “But it’s still all right, I still talk to a lot of them.”

Though Day is disappointed that the semester got cut short, she’s glad she still has some sense of community with the group of girls who attracted her to the sorority in the first place.

“I would rather things be in person,” Day said. “I know some sororities aren’t doing anything for any kind of sisterhood, so I really like how Chi Omega is going a step further and trying to get us all together in the best possible way.”

If anything, it makes Hall excited for the years to come.

“The situation is unfortunate,” Hall said. “I feel like I missed out on a lot of fun opportunities. But I'm hopeful that next year is just as fun.” 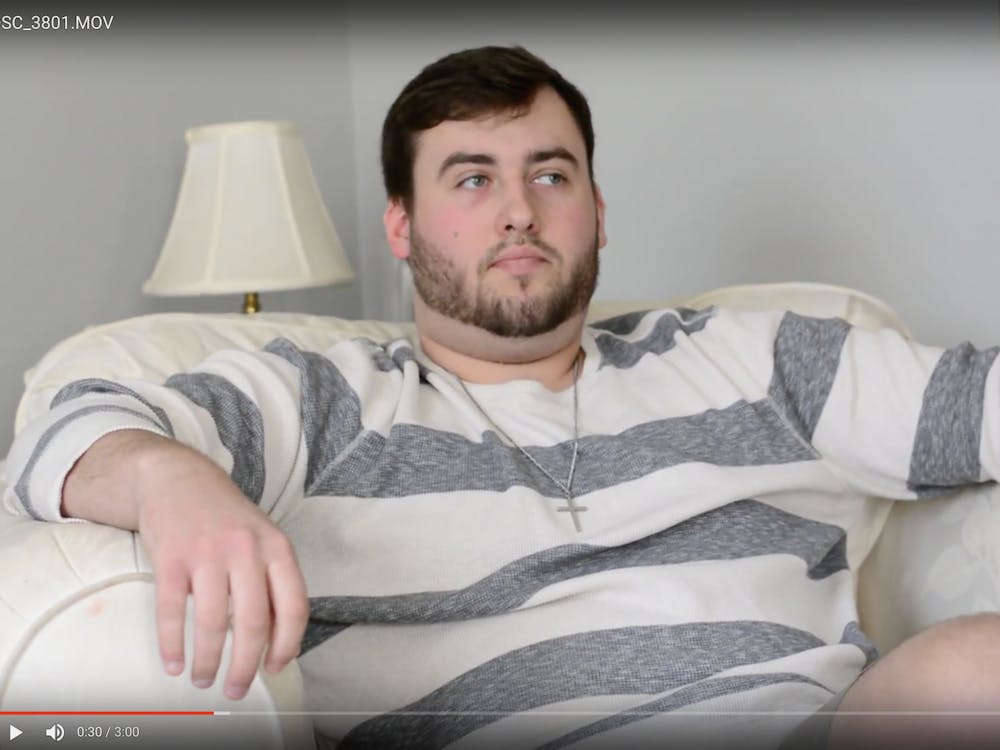