I discovered the greatness that is Timothée Chalamet when he graced the screen of the AMC in Georgetown, as Elio in the Oscar-winning, “Call Me By Your Name.” Sure, he is a phenomenal actor, but the way he rocked 80s fashion trends in that film – printed short-shorts, white leather converse and Ray-Ban wayfarer sunglasses – made him the trendiest prepster I had seen since Andrew McCarthy in John Hughes’ “Pretty in Pink.”

But, the moral of the story is Timothée Chalamet could wear a trashbag and I would still bow down to him, begging Anna Wintour to let him grace the cover of Vogue.

So, naturally, when it came time to review the fashion scene at this year’s Academy Awards, I forgot every other A-list star was there because I was so captivated by Chalamet’s Prada tracksuit.

The moment he stepped on the carpet, it felt like a resurgence of Old Hollywood glamour came to dazzle the flashing cameras.

His tousled, fun hair was groomed back into the iconic James Dean hairstyle, and the strict symmetry of his face and soft-smile somehow made the 24-year-old carry the maturity of someone twice his age.

The nylon suit ranges in price from $3,000 to $5,000 on Prada’s website and is nowhere near close being a practical outfit for a workout at the gym. Other style critics were quick to point out that Chalamet’s Oscar look replicated Frank Ocean and Kanye West’s 2019 Met-Gala outfits. However, even though  Chalamet’s nylon suit bore a striking resemblance to Ocean and West’s looks, the latter stars’ style seemed to express a lost era of American masculinity.

The young actor successfully experimented balancing  the aesthetic of a manly 50s greaser in combination with playful femininity, often exemplified by Harry Styles.

The addition of the vintage 1955 Cartier brooch, complete with Burmese rubies, elevated the otherwise simple white button-down with the zip-up. The priceless Heritage Collection piece served as a reminder that men too can allow great pieces of jewelry to accentuate their outfits. In recent years, men on the red carpet have exchanged classic Rolex watches and chains for ear cuffs, stacked sterling rings and eclectic necklaces.

This hasn’t been Chalamet’s first A+ red-carpet look, and it certainly won’t be his last. His style has come a long-way since his 2018 Oscar’s appearance in an all-white Berluti suit. Just look at pictures from his 2019 Little Women press tour where he sported a “Gorillaz” cartoon band graphic-tee.

Chalamet’s style proves that 2020 is an exciting time for the fashion world, in which more men continue to sport traditionally feminine looks in popular culture.

So, be a man and wear jewelry.

If Timothée Chalamet is doing it, there is no reason your average-joe cannot.

From New York to Paris, Lexi Scherzinger makes her mark on the fashion world

Senior Lexi Scherzinger’s interest in fashion has literally taken her around the world. In the summer of 2018, she lived in New York City and interned for world-renowned fashion designer Christian Siriano. She then studied in Paris during the fall of 2018, right after she decided to switch majors. Originally a strategic communication major, she decided to change to journalism. She’s known that she wanted to study fashion since her second semester freshman year. 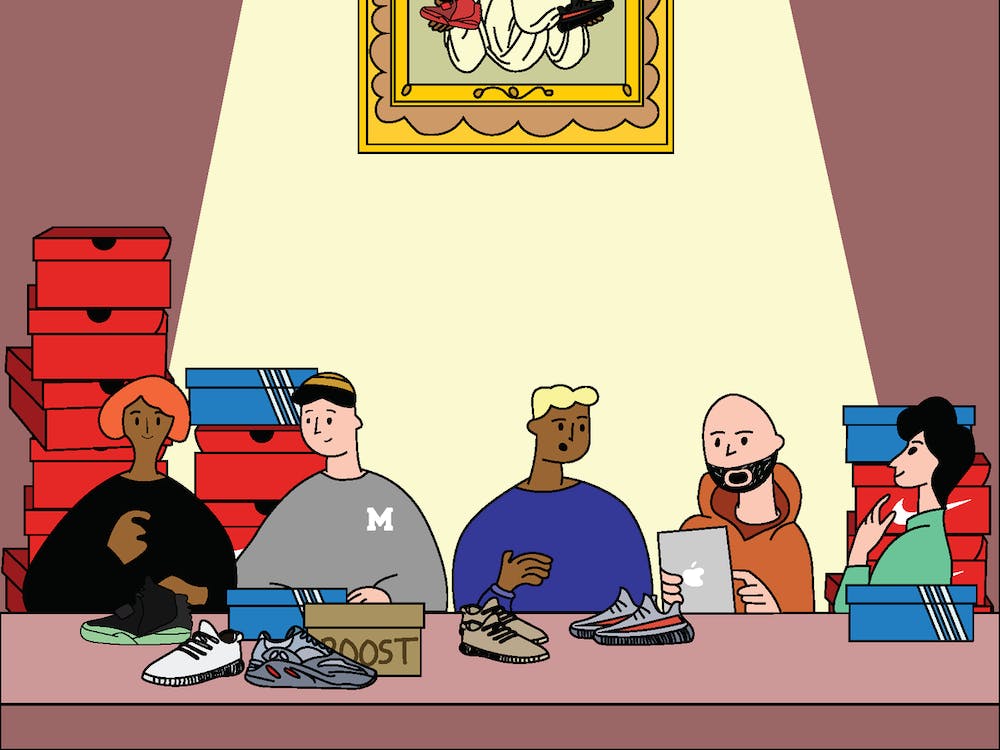 The SneakGeekz are a small, close-knit community of Miami’s most-intense sneaker and streetwear obsessives. They know their shoes inside and out. And, coincidentally, they know the universe of Kanye West to the same degree.