“We have to be better. We have to get better,” Miami University’s third-year men’s basketball coach said Monday at his weekly press conference, two days after his RedHawks were embarrassed by rival Ohio University.

He offered some variation of the phrase four more times in six minutes but for good reason.

The Bobcats dominated Miami from the opening tip to the final buzzer.

In a historically bad first half, the RedHawks scored 11 points. They shot 10 percent (3-of-29) from the field and flailed through nearly 17 minutes without a field goal.

Despite Miami playing a little better in the second, Ohio still cruised to a 77-46 victory.

The RedHawks have lost eight of their 10 games in 2020 — all against Mid-American opponents — leaving Owens and Co. searching for answers. They sit at 9-14 overall.

Lately, the RedHawks haven’t been doing a good job on offense or defense.

Miami’s defense ranks last in points given up in the MAC, while the offense shoots less than 41 percent from the field, second-worst in the league.

No individual RedHawk stands out either.

Freshman guard Dae Dae Grant scores 11.5 points per game, but he shoots 37 percent from the field.

No one else averages double digits, and the lack of offense hasn’t been rectified on defense.

For Owens, it doesn’t matter who his team is playing. His message remains the same.

“Every day and every game is an opportunity to get better and improve our situation,” he said. “I’ve been in situations where one game can turn things around from a confidence standpoint and get us rolling. We have eight opportunities here before the conference tournament starts. We’ve got to get better, and we have to continue to work and find ways to win games.”

Miami fails to lock up win against Western Michigan

Miami missed five of its final 11 free throws and lost a close one to the Western Michigan Broncos, 64-60, Tuesday at Millett Hall. 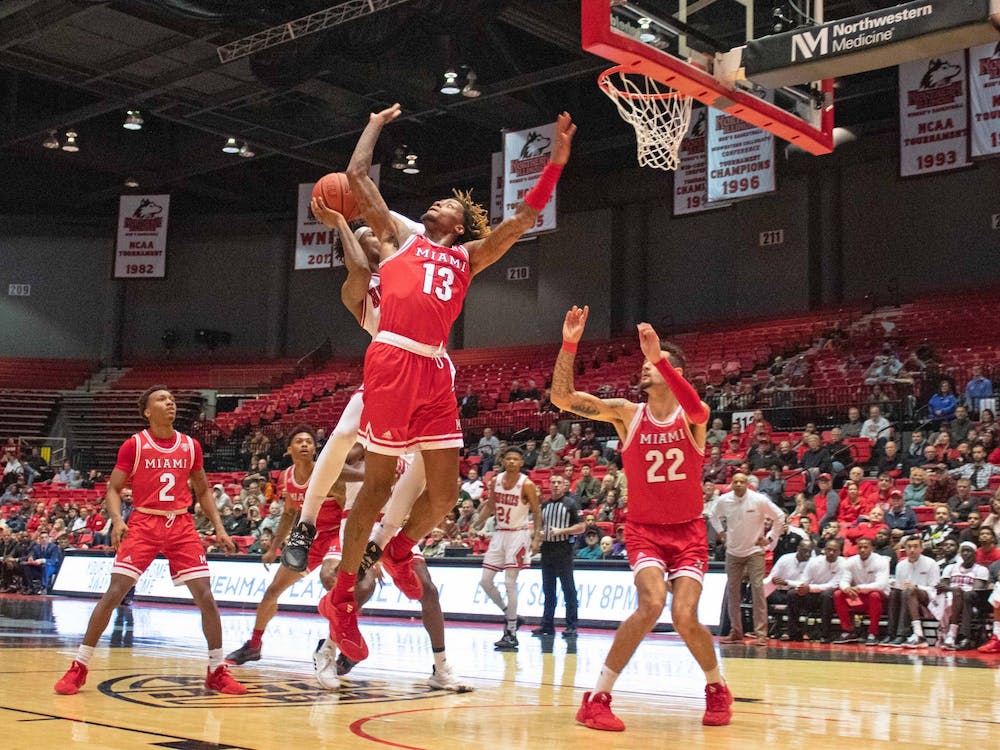 “I think it’s going to be two teams that are hungry for a win," Miami head coach Jack Owens said.

While most of the student body was celebrating the holidays, the men’s basketball RedHawks were hard at work, trying to show their young core could hang with the rest of the Mid-American Conference.