Well, folks, we’re in the homestretch. Two more weeks until we can kiss this semester goodbye and ride off into the sunset toward holiday cheer and a little less homework. Our staff has been reflecting on the good, the bad and the ugly of this past semester, setting our sights on what we hope to improve come January.

We’re drafting our New Year’s resolution, if you will.

Going forward, we at The Miami Student hope to see the relationship between our reporters and Miami’s administration improve in hopes to increase transparency on our campus. But achieving this resolution starts with setting some common ground and erasing the idea that our staff is pushing an anti-administration agenda.

We’ve heard this narrative from students as well as administrators, and it’s simply not true.

We certainly aren’t a PR agency. We’re not going to write stories because people want some positive coverage. We’re going to be critical, and we’re going to shed light in our community. That’s our job.

But we can’t effectively do our job when we’re purposely stonewalled so we never get the whole picture.

As students we’re on 24/7, and often forget what it means to be on a nine to five schedule. So, we aim to work on both acknowledging and remembering this disconnect and give administrators more lead time to answer our questions.

Despite our best efforts, we sometimes get things wrong.

We hold our reporters to high standards, and want to make sure that errors aren’t repeated. We’re always open to constructive feedback from our readers and the people that we report on. But seeing a mistake and deciding it’s not worth an administrator’s time to comment in the future is not conducive to improving our community.

It often feels like Miami subscribes to the idea that the best PR response is “no comment.”

But “no comment” won’t kill a story. Our reporters will simply write that a comment was asked for and not provided.

Instead, “no comment” gives the perception that the university has something to hide, or that they don’t have an answer. “No comment” allows for misconceptions to spread and breeds confusion. “No comment” makes those affected by these stories feel ignored or disenfranchised by the leaders of their community.

The Miami Student is one of the few remaining newspapers in southwestern Ohio, and as more and more publications are forced to cut back on coverage our student-journalists are forced to step up. We cover the largest employer in the county — a university that houses and educates thousands of students. These issues directly impact our lives, our peers and the community we care about. It’s imperative we get these stories out to the public and that we get them right.

Offering “no comment” won’t stop us from doing that.

While our staff understands that federal privacy law puts limitations on how specific the administration can be, we assert that it doesn’t bind them to a code of silence. Instead of speaking to the specifics of a certain incident, tell us about the processes the university has in place for similar situations.

Offer something better than silence, at least.

Last month, The Student reported first-year Nicholas Shaw had been expelled from Indiana University-Purdue University Indianapolis after the university found him guilty of sexual assault and he was criminally convicted in relation to the assault. Miami’s administration has yet to publicly acknowledge what happened.

We never would have had any clarity, had Miami’s Dean of Students Kimberley Moore not sat down with members of our staff and walked them through the process Miami follows in active threat cases similar to Shaw’s.

We could have avoided strife on both sides if an explanation of the mechanisms of these procedures were more readily offered to students.

If a reporter asks questions you can’t answer, explain why you can’t and answer what you can. If you’re not the right person to talk to, point our reporters in the direction of who is. It doesn’t just help us — it helps the community that relies on our reporting.

And, ultimately, aren’t we fighting for the same community? 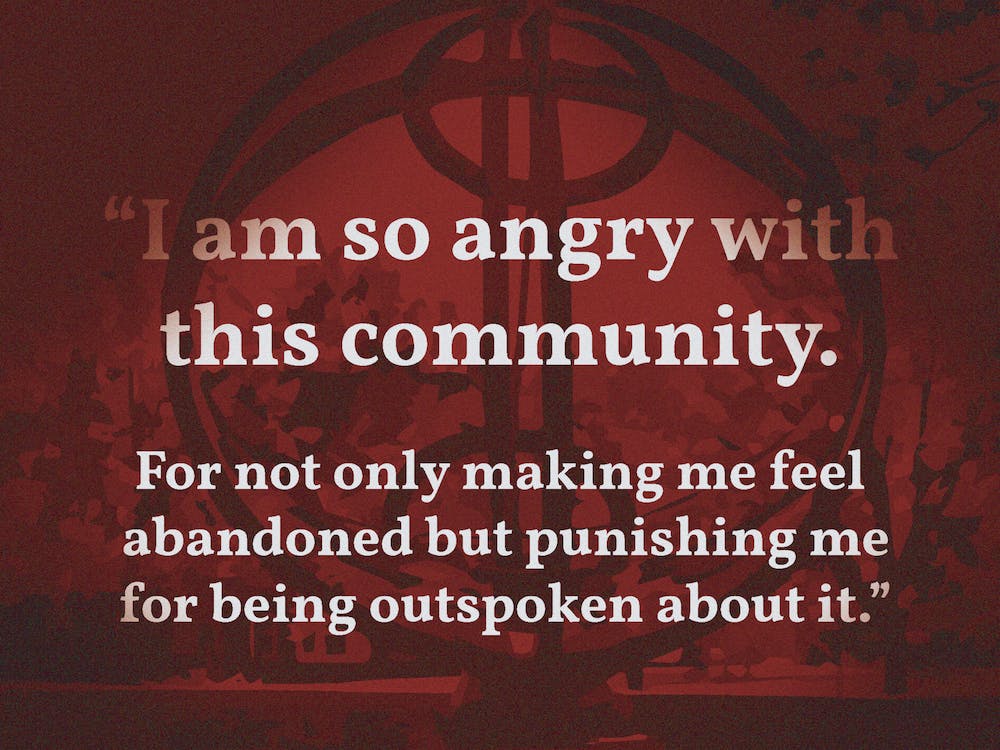