Ivan Pace Jr. begs his coaches to let him play running back.

At Cincinnati’s Colerain High School, Pace Jr. starred as both a running back and linebacker. He rushed for 1,414 yards and 22 touchdowns during his senior season, but he won Ohio’s Division I Defensive Player of the Year.

When Pace Jr. got to Miami University, his coaches told him he’d play exclusively on the defensive side of the ball at mike linebacker. Still, he pleaded.

Last Wednesday, on his side of the ball, the true freshman ran his way into the defensive record books.

Even more impressively, Pace Jr. played only 18 snaps, which means he got to the quarterback a third of the time he was on the field.

Although it was the only game in which he’s recorded a sack, Pace Jr. now leads the team in that category. He helped Miami set a program record for most sacks in a game (12), too.

“If we weren’t playing their quarterback, who’s a really good player, we have 25 sacks,” head coach Chuck Martin said. “Literally, there were 10 sacks, at least, that we left on the table … He’s just really crazy athletic.”

To deal with Nelson and Akron’s big offensive linemen, Pace Jr. relied on some of those running back skills.

Recently, Pace Jr. has moved from linebacker to defensive end on third downs just so Martin could give him more playing time.

“Ivan is a linebacker,” Martin said. “Ivan’s gonna start for us at linebacker in the near future — probably next year. But on third down, you put your best pass rushers on the field … Ivan will probably, throughout his career, be a ’backer but be a guy on third down that bumps from ’backer to being a pass rush guy.”

Pace Jr. forms a dynamic duo with freshman defensive lineman Lonnie Phelps, who sits third on the team with four sacks. Phelps also plays primarily as a part of the third-down pass-rush package.

“Every time we’re out here, it’s a competition,” Phelps said. “We’re trying to get each other better for the next game and everything like that. But off the field, we’re brothers. We’ve got each other. We talk about film, we talk about the game or what’s going on in practice.”

When asked if he was trying to catch Pace Jr. for the team lead in sacks, Phelps laughed and said, “Oh, yeah, most definitely. I’m on him.”

Pace Jr. and his RedHawk teammates will play three more games this season, meaning Pace Jr. has a few more opportunities to bolster or lose his sack lead. He needs one more to beat his senior year of high school total (6.5).

He’d love to line up in the backfield as a running back, but right now, defense is working out pretty well for him. 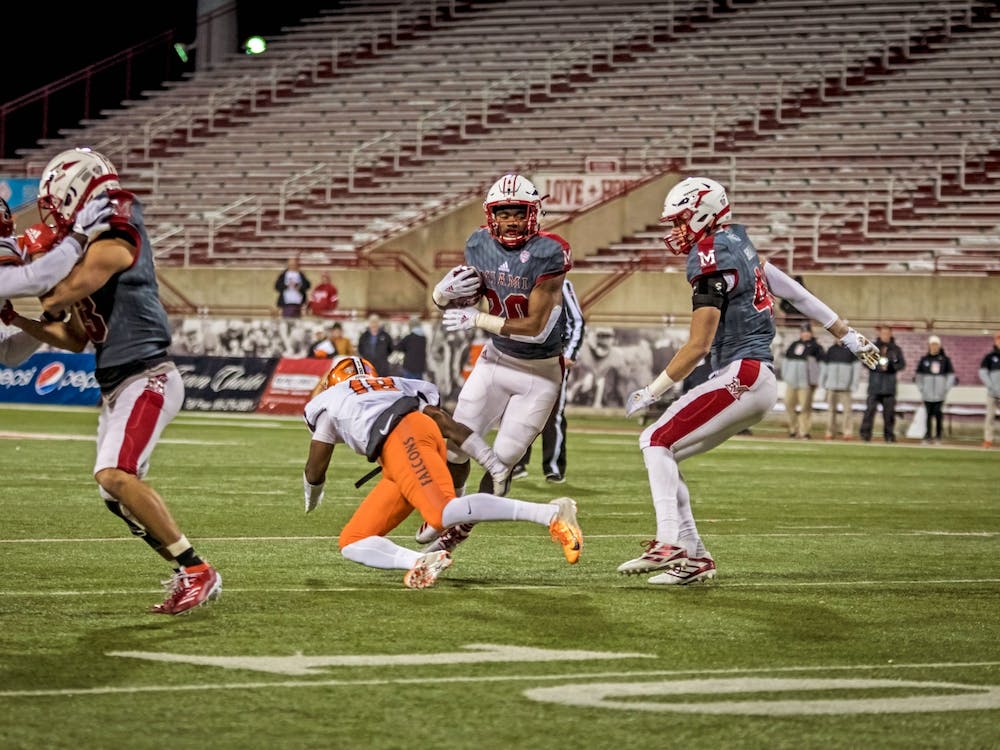