Colorful for a cause: Theta hosts vibrant fundraiser

Although most Miamians were still snuggled in their beds early Sunday morning, members of the Kappa Alpha Theta (Theta) sorority were up and about, motivated by the beginning of the second annual Color Run.

Theta members wanted to create a fun and festive atmosphere for the run, so they all wore matching shirts with colorful accessories, and some girls sported multi-colored tutus.

Additionally, there were balloons and music and Oxford Donut Shoppe donated as much coffee and donuts as the girls needed.

The run began at 11 a.m. at the cross country course, and there were 101 runners in attendance.

Amanda Nelson, the sorority’s philanthropy chair, said CASA “provides trained volunteers that help kids in the juvenile court system that were abused or neglected or abandoned.”

Participants in the Color Run intentionally wore white or light-colored clothing to the event, and throughout the run, volunteers bombarded them with colorful powder.

Caroline Atlas, a junior on Theta’s philanthropy committee, explained that as one runs through the course, “you’re this colorful mess.” The clouds of color keep the runners enthusiastic and excited.

Nelson was the lead organizer of the Color Run this year, with help from Atlas' sister, Lindsay.

Last year, Theta achieved their goal of raising $5,000 for CASA. The previous year’s success encouraged the sorority to raise their objective to $8,000.

Before the race even began on Sunday, Nelson announced that Theta managed to surpass this goal, with over $9,200 raised this year.

The money was raised through ticket sales to the Color Run. Atlas said there was friendly competition within Theta to see who could sell the most tickets.

Olivia Roberston, president of the sorority, stressed that the Color Run is one of Theta’s biggest philanthropy events of the year.

“It obviously goes all back to the kids at CASA,” Roberston said. “So that’s super exciting, and we all get to come together and support an amazing cause.”

To get people within the community involved, Theta posted comments about the run on Facebook, as well as announced it on its Snapchat and Instagram stories.

Atlas explained that, although it is a challenge to convince college students to get out of bed on a Sunday morning, she still believes a Color Run is the perfect event to host.

“We are very lucky that our sorority is very engaging in the community,” Atlas said. “I think our level of engagement will be reflected as this event grows, because as much as we engage, we want people to be engaged with us.”

It was also a family-friendly affair. Theta designed the Color Run to be two miles long. It’s a shorter event than some races, so runners at all levels can feel comfortable participating.

Olivia Hajjar, a runner and a senior at Miami, explained she participated in the Color Run because wanted to support the cause and get a good workout in.

A lot of materials were reused from last year's race, including some of the signs.

Overall, Theta thinks the Color Run was a success.

Will there be another one next year? 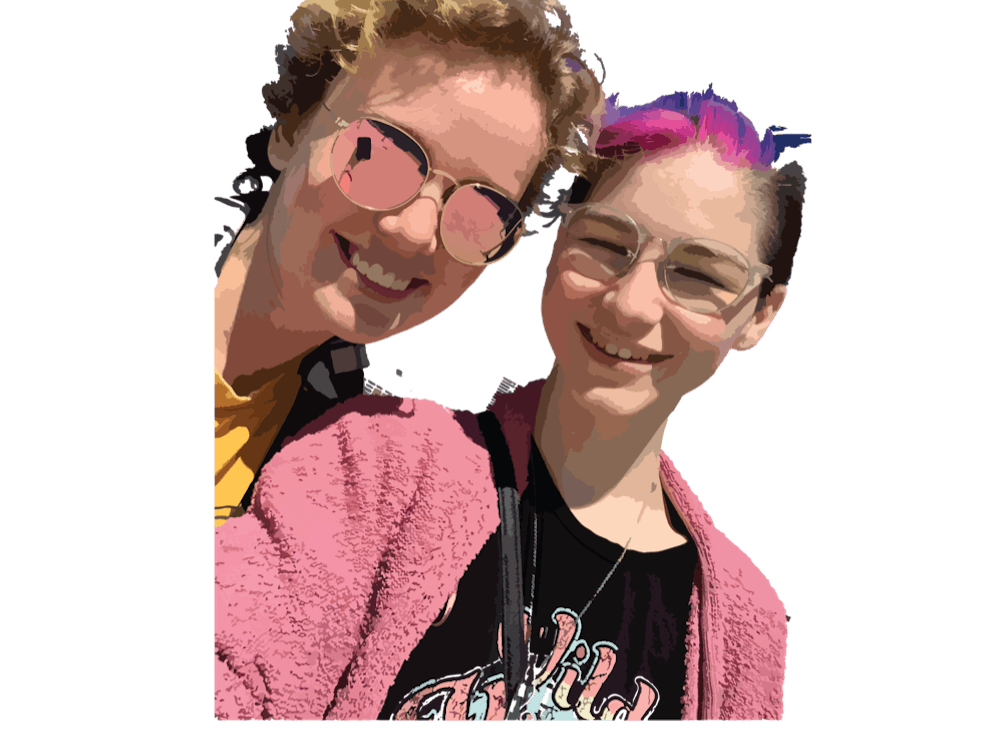