ASG held last week’s election because there were six open seats after the scheduled election that occurred two weeks prior.

Senators-at-large are elected when no one runs for a particular seat, so ASG opens the position to the entire campus. Unlike their peers, these senators don’t serve a specific constituency.

Coiner and McClary were the only candidates who ran to represent their respective districts, but 10 students ran for the three senator-at-large positions.

Cameron Bracely, a sophomore public administration major, is a resident assistant (RA) in Emerson Hall and has been an alternate senator for the past year.

“There are not enough people out in the field going to high schools talking about [the Bridges Program],” Bracely said. “[The university] didn’t even come to my school, and I found out about the program through a friend who had already applied.”

Giang, a first-year student from Vietnam majoring in psychology and minoring in global health, aims to improve Miami’s systems that assist victims of sexual assault.

“I was sexually assaulted when I was 13,” Giang said. “More than just words of sympathy and all that, what we victims of sexual assault really want is to have some justice for ourselves.”

Sarfino described how she believes many Chinese students often feel lonely during traditional Chinese holidays such as the Lunar New Year, the Mid-Autumn Festival and Chinese National Day, and that it’s Miami’s responsibility to make all students feel included.

Senators Ryan Barr, Max Lutz and Austin Tyree failed to pass their bill to amend what they called a “bylaw paradox” in section 504 of the Oversight Committee’s recently drafted non-discrimination statement.

The redaction would have allowed members of the Oversight Committee to begin or become involved in investigations before participating in bias and ethics training.

Barr said that members of the Oversight Committee would be encouraged to take the necessary training as soon as possible and advocated for putting “good faith” in members of the committee, but the bill was voted against 35 to 4.

“Senator Barr called [his bill] a routine bylaw cleanup in his statement, and I would say this is anything but that,” Academic Senator Ben Waugh said. “The Oversight and Reform Committee worked very hard [during] the last year amending the oversight process, and they added this for a reason — to make sure committee members did not have bias when they went into an investigation.” 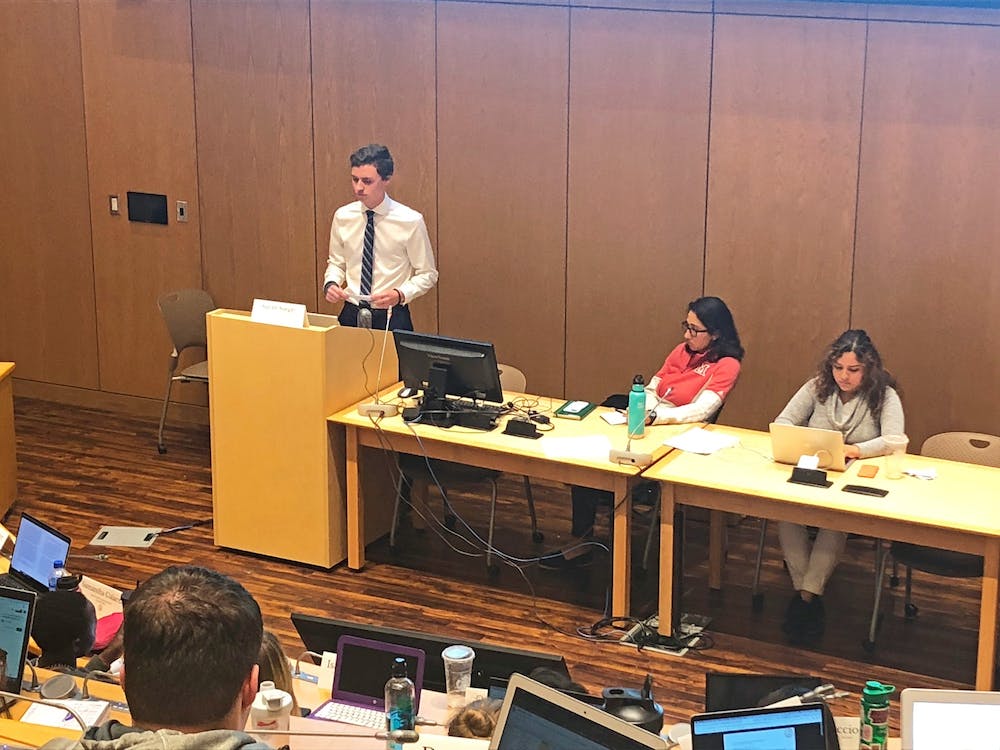