What does it mean to be a Miamian?

She wears off-brand converse submerged in a sea of Gucci and Versace.

She buys a dress at Goodwill out of habit, not because she wants a retro vibe.

She smiles and tries, in vain, to fit in with the privileged kids with whom she’s surrounded.

The luxury of being a “daddy’s girl” comes only after her transition from poverty to stability.

Luxury for her only means an intense identity crisis.

She celebrated her 17th birthday by planning a funeral for her mother; the mother who, though she didn’t have much, always gave everything to her daughter.

She spent the beginning of her last year as a child choosing floral arrangements and a casket.

She moved in with her grandparents to finish out her last year of high school, moving fiscally from $12,000 to a hefty pension.

She regressed back into her frequent panic attacks, sometimes 4-5 times per week.

She watched her divorced father cry over his high school sweetheart.

She listened to her grandparents call her “Mandy” by accident. Her name is Alexis.

She constantly reminded herself that she wasn’t “a useless charity case,” as many of her former friends seemed to think.

She tried, and failed, to embrace her new identity in an expensive home. She couldn’t bring herself to “ask for the better things,” instead settling for what she was used to.

Her mother died over a year ago. She sits in her room at Miami, excited to start her new life, but not knowing what persona she will take on.

Whatever life she chooses to live, whether grateful for the little she has, or encouraging her posh taste, she will continue to fight the imposter syndrome that takes over her thoughts.

Searching for the promised land

By Skyler Black, The Miami Student

There are three crosses hanging on her side of the dorm room —-- one illustrated in a framed picture, one propped up against the lamp on her desk and one above her bed.

His eyes always watched her.

Sarah thought about them as she walked back Friday night. She wondered what He would think.

She also wondered what her boyfriend, Jacob would think. He went to a Christian college in the middle of the Bible belt. They met at a church sermon when they were 13. He had strict Catholic parents who already thought Sarah was too untraditional.

She wondered what her youth group would say. They would probably not understand, a. Ask her if their Monday night discussions meant anything at all. Silently judge her whenever she texted in their group chat.

She would have to take off the friendship bracelet they made her when she got back to her dorm.

She wondered how her brother would react. College was easy for him. He knew the local churches around town; his college wasn’t nearly as tempting as hers. He would be disappointed in her.

She wondered what her small town in the suburbs of Chicago would think. ‘How could she betray our values like that? She grew up knowing right from wrong. She should know better.’ She wouldn’t be asked to babysit her neighbors when she returned for Thanksgiving.

She wondered how she could stay a devout Christian in a place as rowdy as Miami.

Sometimes Sarah imagines what her life would be like without her faith. Maybe she wouldn’t feel so guilty.

In the dark, amidst the muggy air and boisterous echoes of the frat party, Sarah walked home with her beer-drenched shoes in tow, alone.

She could feel His eyes looking down onat her. 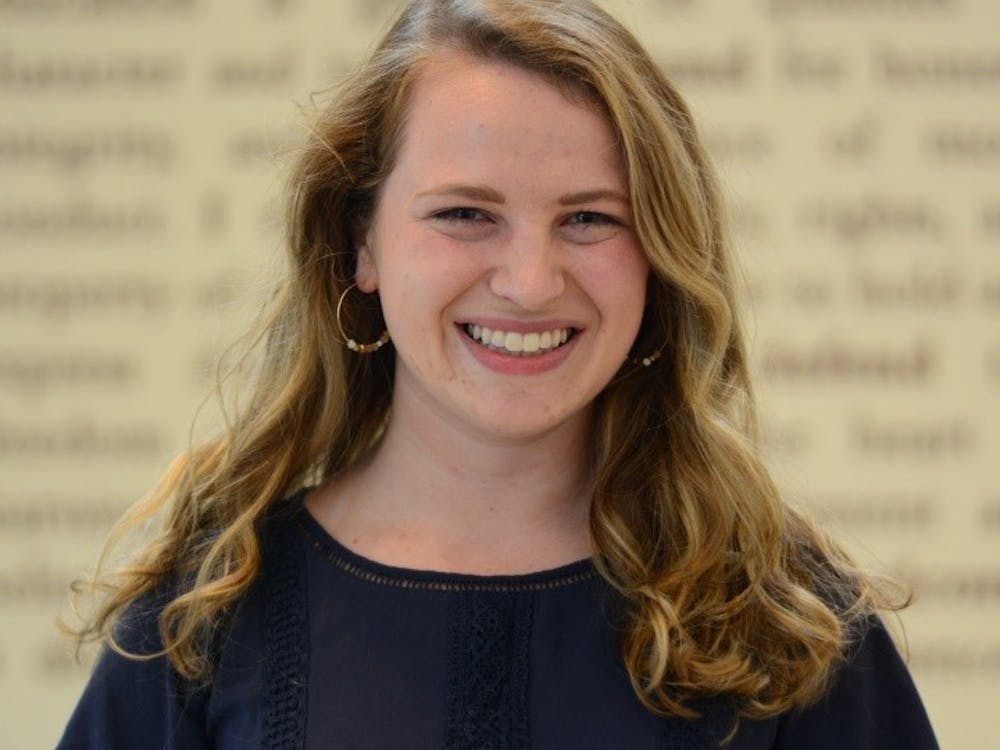