Charles Ford is not on this earth to convince you to care for it. In an ideal world, science and data would do that for him.

But he is here to make the world a more eco-friendly place, one backyard at a time.

Property owners looking to care for their landscapes while restoring native ecosystems are drawn to his company, Songbird Environmental, by word of mouth. With the right plants and care, bare yards and scraped-over woodlands can become optimized homes for bees, butterflies and, yes, songbirds like Charles’ favorite: goldfinches.

“If any small town in the world can make a difference, Oxford can be one of those,” he said.

The company is a family affair. Songbird started in their garage with a logo, designed by Charles’ son Duncan, slapped on the side of a used Ford F-150 in 2011. Now, nine employees serve nine nearby counties in Ohio and Indiana.

Charles has roots in both states. He grew up exploring the woods until suppertime in Connersville, Indiana. He started visiting Oxford when it was still legal for 18-year-olds to buy a single beer in town.

In 1976, he graduated from Purdue University with a degree in forestry. Charles remembers a running joke from that year about the United States churning out enough forestors to “man every McDonald’s” in the country. He worked for his father’s manufacturing company instead.

A customer later bought that company and brought Charles on before he gradually bought 100 percent of its stock.

After building and managing an 80-strong employee base, Charles sold the company and moved with his family to Oxford in 2005.

Charles found his way back to his own environmentally-friendly strain of forestry by concentrating in environmental science for a master’s degree before starting Songbird in 2011.

Charles weaves his hand like a meandering stream when he describes his life.

Regardless, his regrets are minimal. Charles and Tami, who Charles says is “the only person I’ve ever loved,” have been married for 40 years. He’s writing stories specifically for his grandson based on his two kids’ childhoods, and his son Duncan will illustrate them when he finishes.

While thinking of the possibilities, Charles said, “Wow, we had a great time!”

But honeysuckle, an invasive species overtaking native plants in Hueston Woods, is one thing that makes his easy smile drop.

“We could cure it, but we have no political will to cure it,” Charles said.

Charles supported global climate change protests on Sept. 20 but did not participate. He and Tami hadn’t heard about Miami’s protest until afterward.

Charles wasn’t too disappointed. He did what he could when he went to work. 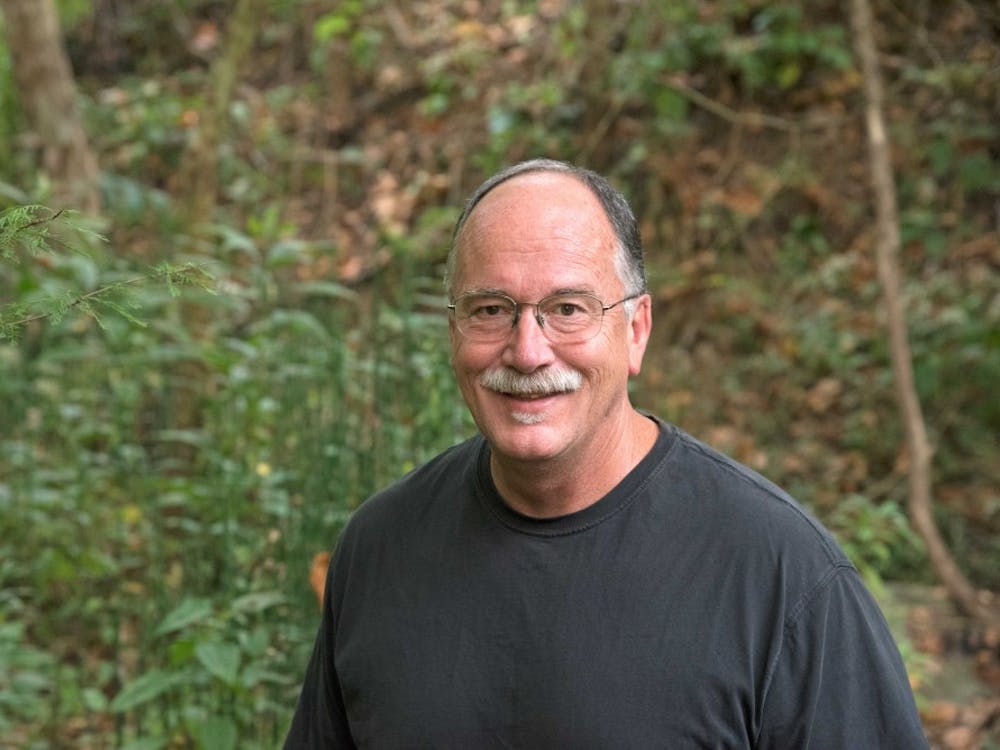