After Miami’s second consecutive 1-3 start, the RedHawks are still an unknown commodity.

They’ve been big boy’ed by Iowa. They’ve blown out Tennessee Tech — a Football Championship Subdivision team. They were outclassed by rival Cincinnati.

Last weekend, Miami was David against Goliath, but this time, Goliath won handily. No. 6 Ohio State pounded the RedHawks, 76-5.

“Obviously, the outcome is not what you’re looking for,” head coach Chuck Martin said. “It was a very lopsided score.”

“You like kids running into a brick wall for you?” Martin said. “That’s what our kids did for us, and I’m damn proud of them.”

Despite the final score, the RedHawks hung with Ohio State in the first quarter. They jumped out with  a 5-0 advantage, becoming the first team to hold a lead against the Buckeyes this season before Ohio State started pouring on the points in the second quarter.

As his team’s deficit and injury list got larger, Martin played mostly backups in the second half. He said he thinks this experience will be good when Mid-American Conference play begins this weekend.

“I always just tell them to go and play,” Martin said. “Run our defense, run our offense, go play, be physical, fly around, do the best you can. Go enjoy it, and go play, and get some really good experience against good people. Is it the perfect scenario for you? No, but welcome to the real world.”

Miami hasn’t played a team that looks similar to its own. Talent-wise, the closest team to the RedHawks is Cincinnati, and it’s a stretch given the Bearcats were on the verge of being nationally ranked before their  own large-margin loss to OSU earlier this month.

Buffalo (2-2) is about even with Miami. The Bulls were outclassed by Penn State but beat up on underdog Robert Morris. They, like Miami, returned a lot of young talent, but lost key 2018 contributors like quarterback Tyree Jackson and wideout Anthony Johnson.

The Bulls upset Temple last Saturday, giving themselves a statement win that Miami has yet to earn.

On offense, the Bulls are led by a dynamic sophomore tailback duo: Jaret Patteron and Kevin Marks. Patterson has gained a team-high 363 yards and three touchdowns on the ground, while Marks had added 319 yards and a score.

The game, which will air on ESPNU, will open the RedHawks’ MAC schedule. They’ll find out who they really are when the noon kickoff comes around at Yager Stadium.

“It’s not good,” Martin said. “I really can’t update you. A bunch of guys are out hurt — a bunch of our best players.”

Freshman quarterback Brett Gabbert exited with an injury during Saturday’s second-quarter onslaught. His condition is questionable for Miami’s contest against the Bulls.

Along with Gabbert’s injury, Miami could be without at least three starting offensive linemen. Junior running back Jaylon Bester hasn’t returned since his Week One injury, and a couple linebackers (notably, redshirt junior Ryan McWood) and defensive backs (senior Manny Rugumba) are still ailing. 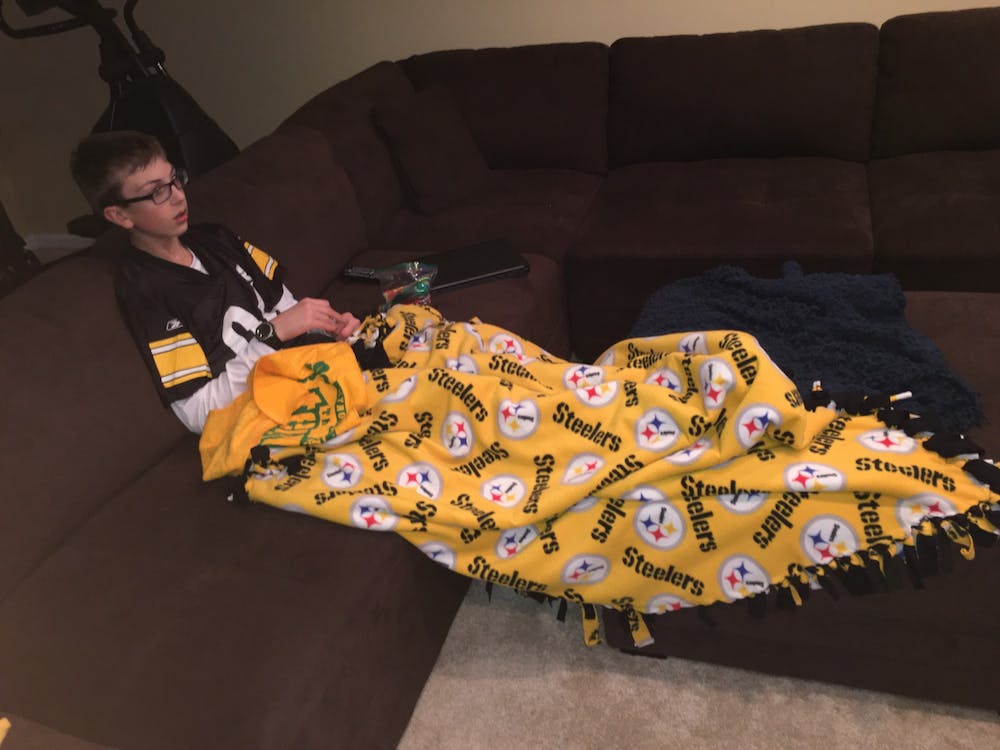 There is nothing more masculine than watching grown men fight each other over an oddly shaped ball. 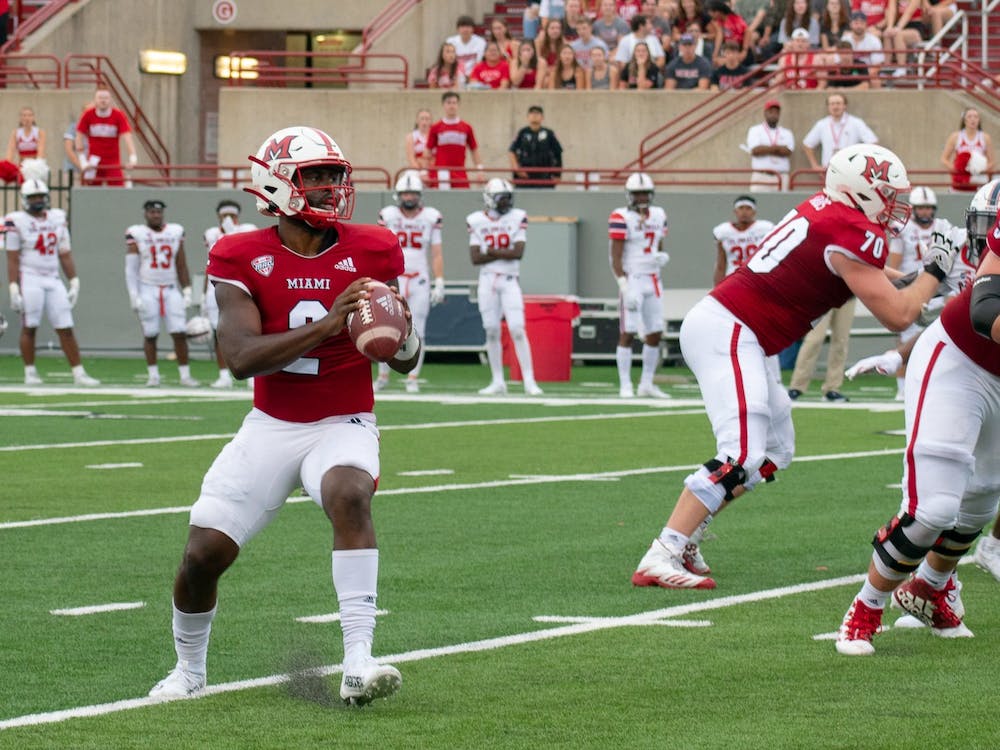 What to expect from Miami football this week against No. 20 Kentucky

Brett Gabbert and the Miami RedHawks will have their hands full with No. 20 Kentucky this weekend. Here’s what our sports editor thinks you can expect from Saturday’s contest.