OXFORD, Ohio-Kosovo. "Where is that?"

The country was a big, black box of uncertainty to me, my family and friends before I landed in the capital city of Prishtina. I hadn't studied the region before and don't speak Albanian or Serbian, Kosovo's two most significant official languages. At times I simply said, "It's in eastern Europe," and the conversation would end.

A program coordinator told me that people become attached to the first place they go abroad because it feels like a second home. Maybe this is why now, I can't stop talking about Kosovo.

Countless cafes misspelled this word in their signs (my favorite ones didn't), but each had an endless supply of espresso and mostly English-speaking waiters. A few switched on string lights at night and transformed these spaces into bars, with music turned up so loud that my friends and I had to lean in close to hear each other speak.

In these close and crowded spaces, I found myself yelling secrets to people I met weeks before that I had never admitted to people back home. When I returned to the States, I finally could.

Especially in a place where hosts treat guests better than family, you learn how to make friends and ask for help faster than you would think possible. You have to, especially if you need help understanding why Albanians go crazy when traditional music comes on at a festival - Shqipdona and Zana, you didn't tell us, you showed us - or something a bit more complicated, like traditional Albanian dancing steps - thank you for the lessons, Vjosa and Donjeta.

It's also important to understand that you may never understand some things, such as how to pronounce the Albanian 'L.' Ardi, if I am a crazy woman, you are an absolute fool. You wasted 30 minutes of your life trying to teach me this when we and Jessica could have binge-watched 1.5 more episodes of "That 70's Show."

My friends were the hardest to leave. I can't list them all, but they know who they are.

The complicated past and present

Spending the Fourth of July in a foreign country is not exactly patriotic. I'm not pleased with the state of the union, but I made up for my clear lack of patriotism anyway by singing the U.S. national anthem at the top of my lungs - just as our founding fathers intended.

Kosovo celebrated the holiday with me by shooting off fireworks that night. Earlier that day, a giant U.S. flag streamed down the parliamentary building. Below it, on Mother Theresa Boulevard, some Kosovars sported "Thank You, USA" T-shirts.

In 1999, then-U.S. President Bill Clinton pushed for the NATO bombings that stopped Serbian soldiers' ethnic genocide of Kosovan Albanians, and Kosovo still remembers. The other students and I were still in diapers or learning to walk in 1999, but Kosovo veterans often stopped to thank us as Americans for what our country did for them and their families.

Petar, my coworker, guide and friend who is Serbian, had an understandably complex reaction when we talked about Kosovan history.

He pointed out new refugee camps for displaced Kosovan Serbians while he was helping me navigate the North side of Mitrovica. Moments later, he and his friend Milos asked, "What do you think of Bill Clinton?"

He wasn't another grateful stranger. I couldn't simply say, "Thank you."

Kosovo is a Schroedinger's cat of a country to most of the world. Most people don't know what it is or where it is, and maybe most don't care to talk about it.

And why go and see? What's there, except great coffee, better people and a tangled history that makes life there as interesting to me as it is difficult for those same people?

I've been in the box with the cat. I won't lock it up again. 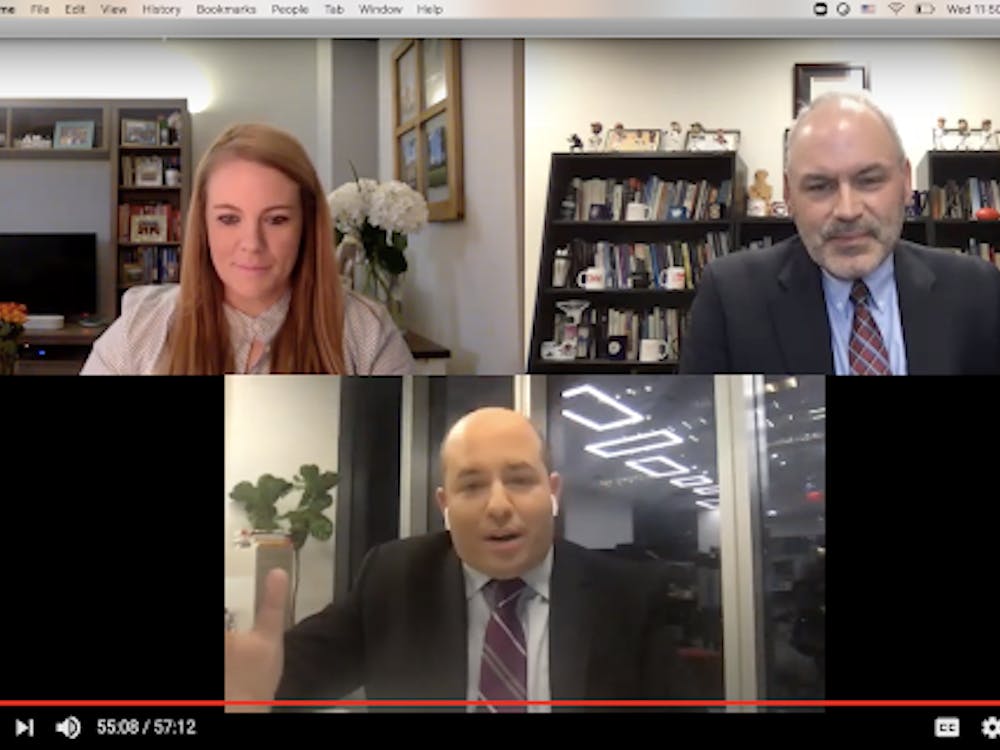 By Mihaela Manova | 2 days ago