Is this thing on? Miami's WiFi sucks

With my first year as a Miami student drawing to a close, I have often found myself reflecting on the experiences I have had over the past several months. And, while I will say the majority of my time here has been positive, I've felt that some services here are run or managed ineffectively, in a way that can create serious problems for students just trying to live their lives on campus.

I'm looking at you, Miami WiFi.

As we move further into the digital age, an increasing number of courses require students to utilize websites and online tools in order to better grasp class material and make testing more efficient. However, if the WiFi connection on which these services rely are poorly run, they can become a nightmare to manage.

I know students who have had their scores on an online quiz ruined because the WiFi's connection to their computer was dropped before they could submit it in time. I've had to restart online assignments because my progress was lost, courtesy of the same problem. Even submitting assignments through Canvas can become laborious when the system becomes slow and fails to function properly.

Miami's own website is unable to handle the flood of users that pour in during registration time each semester. Many students can have their entire plan for the upcoming semester altered or even destroyed because they were unable to register for the courses they desired in time, due to slow internet speed.

All of this puts an undue strain on students and gives them an unfair disadvantage in their classes and scheduling. But the academic side of college life isn't the only aspect affected by this issue.

WiFi is the lifeline between Netflix and chill - or just plain relaxing. But students can't rely on Miami WiFi when they try to stream their favorite television show and instead experience perpetual buffering that ruins the whole experience.

Even Miami's video game culture experiences many hurdles. Although a separate WiFi exists for gaming purposes, it has lag spikes that make gameplay burdensome, and the registration gamers have to endure to access it can be frustrating.

Miami hosts around 17,000 students during the fall and spring semesters, so the bandwidth of its WiFi should be prepared to manage the large number of users during those time periods. Any time of the day, whether there are 500 students or 15,000 students online, this should be a service that can support its users.

And yet, there are still many times throughout each week when the slow speed of my Internet connection makes its use intolerable. Between 10:00 to 11:00 p.m. every night, the quality of all the WiFi connections routinely deteriorates to the point where one has to alternate between connections to remain online. I've even seen other students beg professors for help with resolving grade-related problems caused by connection losses they experienced in class.

Miami should investigate ways to increase the size of the campus's bandwidth. Some of the routers utilized by the university could be repositioned in order to eliminate "dead spots" and parts of campus where data can be completely lost. Miami could endeavor to develop solutions in conjunction with the service providers.

Overcoming internet connection speed problems can be a daunting task, and I am no expert on the matter. There are many factors that come into play when a wireless service is employed for such a massive number of people. But Miami could, at the very least, be transparent about the things it tries to do to improve students' experience with WiFi on campus.

By Laura Giaquinto | 5 days ago 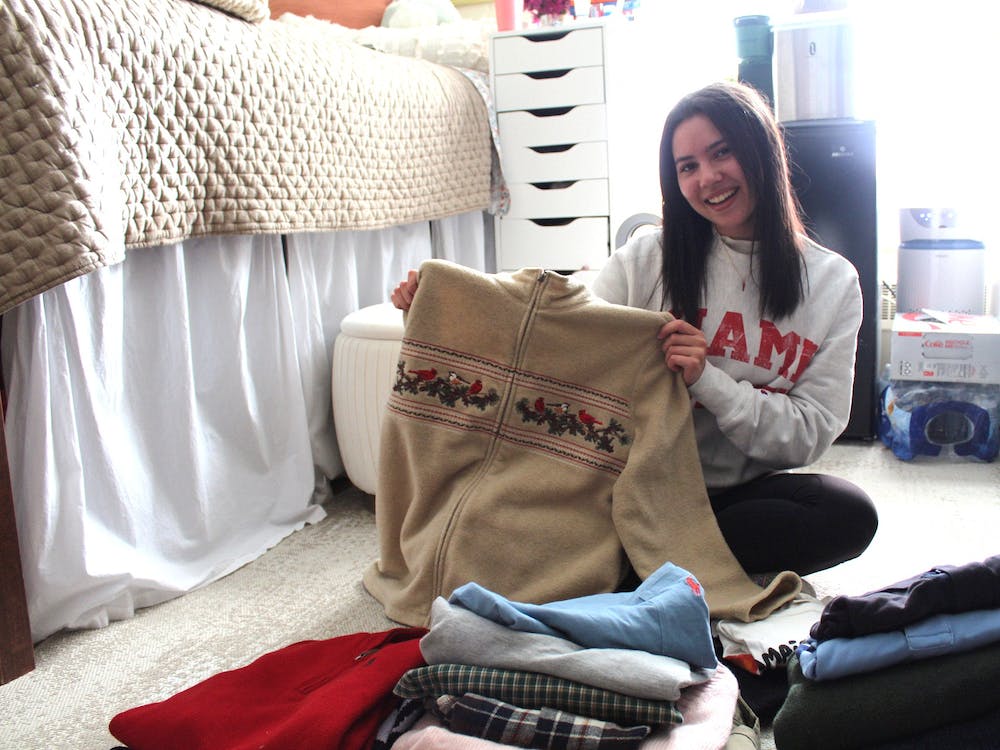 By Megan McConnell | 6 days ago

By Annalise Chapdelaine | 6 days ago