After posting a 16-18 record in Jack Owens' first year as head coach, the Miami RedHawks are focused on one word as they ready for the upcoming season: growth.

"I feel like our chemistry and growth are key," sophomore guard Nike Sibande said. "We were young last year, everyone coming together in our first year playing together. This year, everyone felt each other out some more and knows each other, picked each other's brains. Everyone knows what everybody can do more."

Sibande, the 2018 Mid-American Conference Freshman of the Year, returns along with the rest of last season's starting five.

All 10 of those players, excluding junior forward Bam Bowman and sophomore guard Isaiah Coleman-Lands, remained healthy throughout fall camp, allowing them to build upon their chemistry and performance from last season.

"There's not just one guy I can single out," Owens said. "I can talk about each and every guy. Those guys are definitely bringing it each and every day, and we're excited about their progress."

The returning key contributors and talented additions have generated a buzz that hasn't been seen since the program's last winning season in 2010-2011. Preseason polls predicted Miami to finish second in the MAC East.

"My expectations for the team are just to come here every day and compete," Ringo said, "try to get better every day and just take it one day at a time. I feel like if we win the day and just focus on that one day, then we'll be good."

They got off to a good start with a 84-53 exhibition victory over Taylor University at Millett Hall last night.

Their offensive energy and defensive effort stood out, as the offense put up 25 fast-break points (compared to three for Taylor), while the defense caused 25 turnovers.

Jovic paced the team in points with 13, while Ringo tallied team-highs in assists (4) and steals (5). McNamara corralled a game-high 10 rebounds.

Sibande missed the game for undisclosed, non-injury reasons. Bowman and Coleman-Lands both missed with right foot injuries and are expected to be out for the first week of the season.

Unfortunately for the RedHawks, the win over Taylor -- a Division II team -- doesn't count towards the regular season.

Miami's first chance to showcase its growth comes on Saturday, when the RedHawks travel to Indianapolis to take on Butler. The game is scheduled for 7 p.m. and will be broadcast on Fox Sports Network.

*The Miami Student was denied media access to all freshmen before their first official game, per Owens' policy. 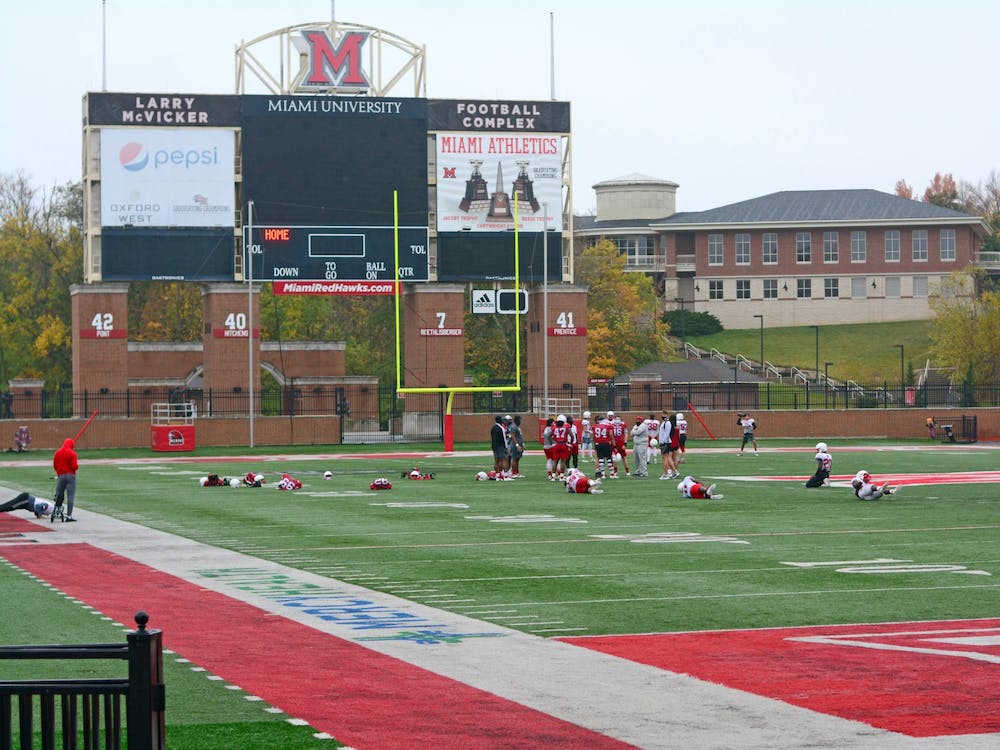 By Hannah Horsington and Claire Lordan | 4 days ago

Short and sweet: RedHawks look to roll through abbreviated schedule

By Michael Vestey | 5 days ago

We thought we weren't going to have a season. Instead, Miami football is back and better than ever. And with the RedHawks returning key pieces from last year's conference championship bid, the team has the upside to defend their title again this year. 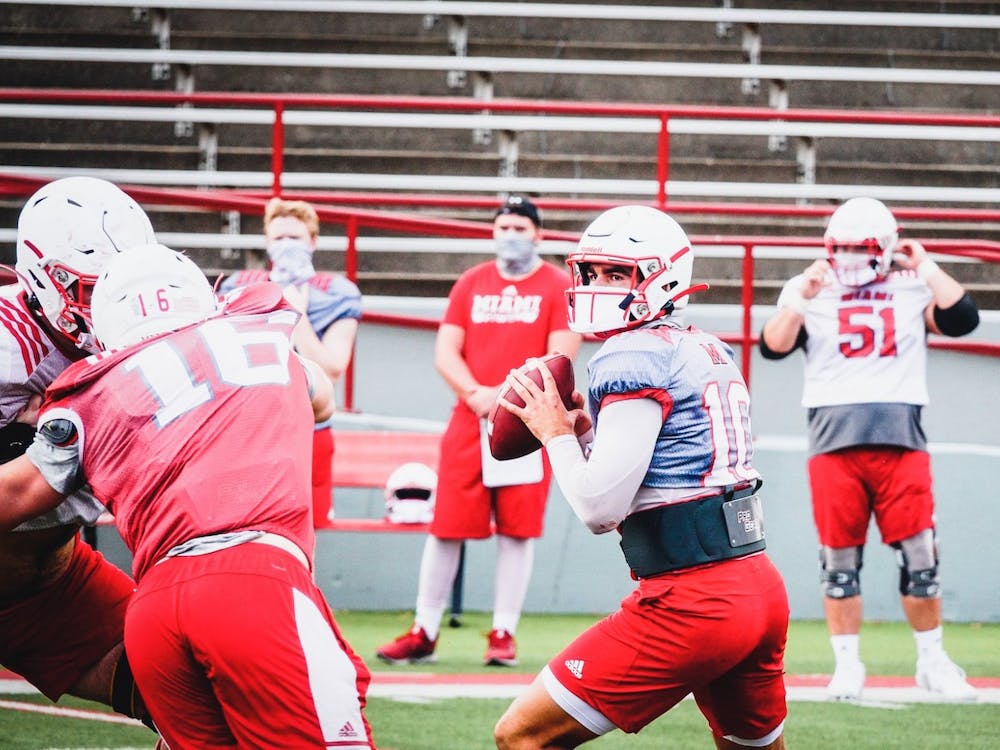 By Chris Vinel | 6 days ago

Every single player and coach for the Miami RedHawks will wear masks on the field this season.  “(Wearing a mask) isn’t fun, but it keeps us safe, and it’s gonna help keep me from getting (COVID) if one of my teammates gets it,” redshirt junior safety Sterling Weatherford said. “And I want to play football, so I’ll do what it takes.”