Uptown Oxford's Farmers Market is full of more than just fresh produce and colorful flowers. Students and locals alike may at first come for the shopping, but it is hard to leave without collecting a story or two from jewelry artist John Darlin, who has had a life full of adventure.

It would be unfair to classify John Darlin as strictly a jeweler or businessman. John has acted as a lifeguard, photographer, toastmaster, teacher, owner of a boat marina, French interpreter, rescue diver, pilot, parachutist, restaurant owner and auctioneer, among other things. For the past 29 years, John has made jewelry out of gold and silver wire. His work is displayed at Gallery 708 in Cincinnati, and he sells his designs at various markets and festivals, as well as online.

Larry Slocum, the manager of the Oxford Farmer's Market, remembers the moment that John first came to set up on a Saturday morning Uptown.

"He made an inquiry through an email, and wanted to know if he could attend the market and what were the rules and regulations," Slocum said. "I sent him an application, and he came on a Saturday and he's been there ever since. He enjoys the people."

John has had great success as a jewelry artist. He was asked by the Governor of Kentucky to make a design for his special guests at the 131st Kentucky Derby. The governor's wife was so impressed with the bracelets that the next year she asked John to make another bracelet design for her own guests. This bracelet is now John's bestseller, and is called "The First Lady's Choice."

For John, his success comes from a lifetime of good work ethic and a desire to try new things.

John was born in inner-city Cleveland on the day of the leap year in 1936. He was the youngest of four boys. When he was 6 years old, in 1942, his mother passed away. A few years later his father remarried.

John's childhood was a blur of moving from city to city. By the time he graduated high school, he had gone to 13 schools in 12 years. He ran away from home his senior year. After three weeks on the road, John was found and brought back home.

"Running away really put me behind in everything, my classes," he said. "But there was a chemistry teacher, Mr. Keefer, and he was the only one out of all of my teachers that took me aside."

With Mr. Keefer's guidance, John caught up with his studies and graduated at 17 on a Friday. Two days later, he was on a train to a Navy base in Cambridge, Maryland.

John proved to be an an excellent sailor. He tested into an electronics school while in the Navy, and when he came back home in 1957 he started working at the International Development and Research Company in Columbus.

"I found out I didn't like electronics as much as I thought I did," John said. "I had to work in a lab with a bunch of scientists. And they were boring as hell! I was adventurous."

John found many ways to satisfy his thirst for adventure. For 30 years, John traveled the world snow skiing and meeting new people. He then decided to buy a boat and go sailing. This is when John's wife, Val Darlin, came into the picture.

Val met John at the Wild Duck Cafe in Aurora, Indiana. Val was working at a children's hospital.

"It was karaoke night, and my daughter wanted to go to karaoke," Val said. "And my friends will never let me go out by myself again."

After a few months of dating, John gave his wife-to-be an ultimatum: he told her that he was going to go on his boat down to the Gulf of Mexico, and that she was invited to go with him, but that she had to marry him first.

Val quit her job at the hospital and boarded 'Hello Darlin' for the adventure of a lifetime. They spent four years on a 60 foot boat together.

"Not much living space, but a heck of a backyard," Val said.

Now, a typical day in the life of John Darlin starts with a 60-pound husky/schnauzer mix and a 25-pound miniature Doberman pincher jumping onto his bed to wake him up. This is usually at about 6:30 a.m., and then John shares coffee with his wife as they discuss what they would like to do with their day.

"Our day has no structure," he said. "We take things as they come along."

John has done about 600 shows to date, and this is his last year that he'll be selling his jewelry before he decides to hang it up. Once Darlin does quit his jewelry business for good, the Oxford Farmers Market will not be the same.

"He loves to wander out from his booth and just engage with people," Slocum said. "On the other side of him is the children's area, and he'll always come engage with the kids. I just enjoy that he loves to interact with people and is always there offering his sense of humor and help."

With his 29 years in the business, John sold over 2.5 million dollars worth of jewelry, and made more than 30,000 bracelets.

"It's not that I dislike it," he said. "My hands dislike it. They've got a lot of arthritis in them."

What John likes the most about having his own business is meeting and getting to know new people.

"I get a lot of joy out of just talking to people," he said. "I took the Myers-Briggs, you know what that is? Well, it came through and it said, 'You look at the world through rose-colored glasses.' I think the world is a great place. And I think the people in it are great." 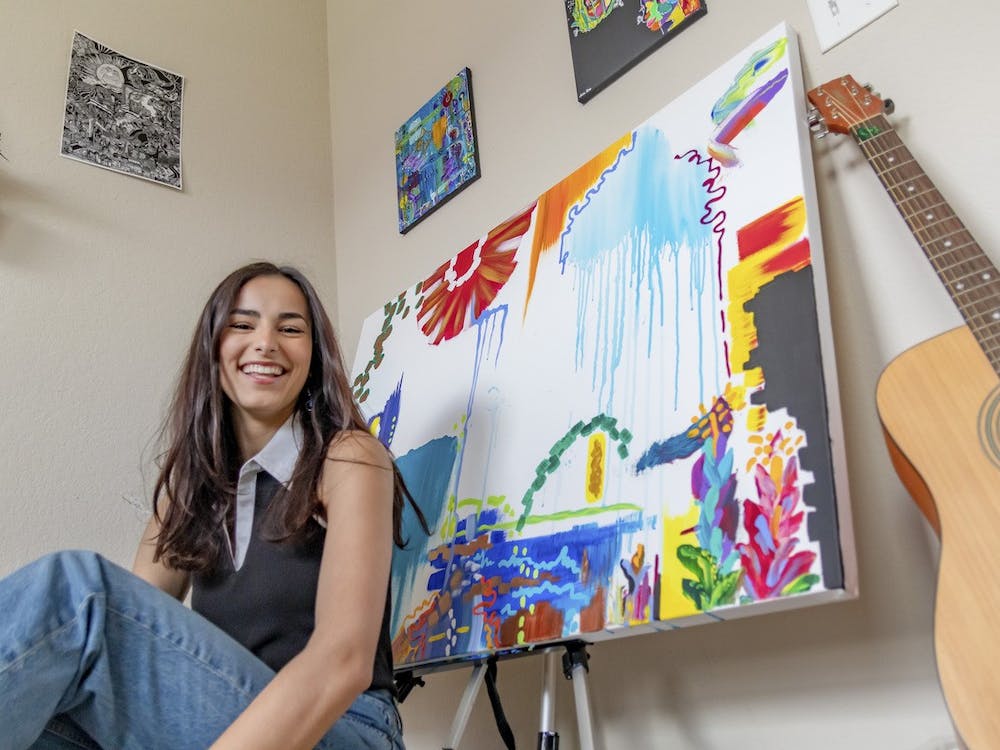 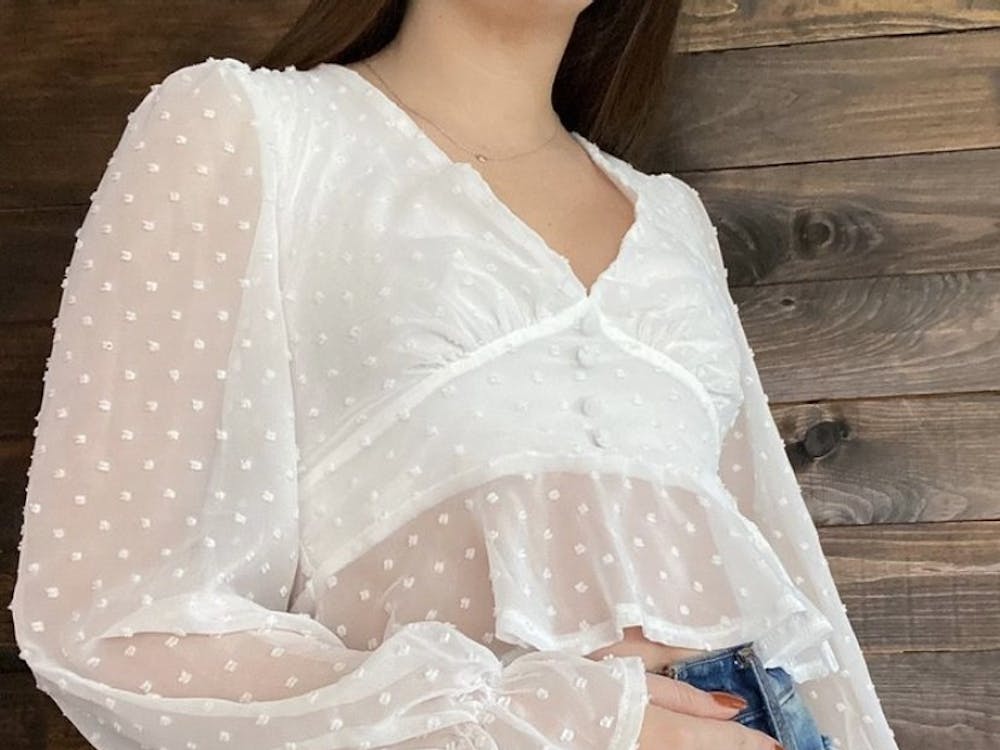 Part-time student, part-time entrepreneur: how to run a business in college

When first-year Taylor Shockley found herself trapped at home for the foreseeable future, she, like many Miami University students, quickly began to fall back on projects that might have otherwise been put on the back burner. 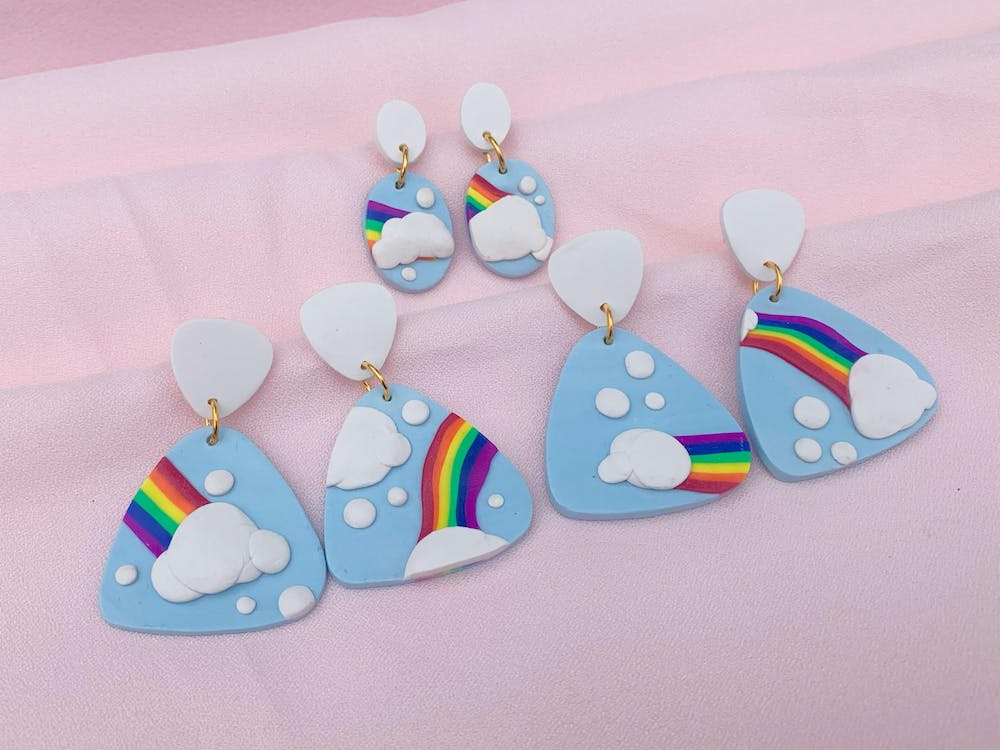