The formal indictment comes after Sherman, 37, allegedly assaulted two female Miami University students over a two-night period from the early morning of Dec. 8 to the morning of Dec. 9.

During the indictment proceedings, Jackson was represented by Christopher Pagan and Sarah Nelson, attorneys for the Middletown firm Repper-Pagan law.

Documents filed by the Oxford Police Department describe Sherman picking the women up in his cab -- a 2001 Chevy Suburban -- and, in both cases, refusing to take them to their stated destinations before sexually assaulting them.

The report of the first assault was initiated after one of the students called 911 from Jackson's Safe Ride cab. Over a series of three calls to police on Friday, Dec. 8, from 12:36 a.m. to about 12:50 a.m., the first woman asked the dispatcher for help and repeatedly asked her assailant: "Please, let me out."

After OPD impounded his vehicle on Dec. 9, Jackson voluntarily accompanied officers to the Oxford Police Station. There, he admitted to assaulting both women as well as realizing they were both visibly drunk, according to court documents.

A motion from Jackson's attorneys cites his cooperation with police, connection to the Oxford community, status as a local business owner and lack of a felony record as arguments for a smaller bond amount.

Jackson's next court appearance is scheduled for January 18 at 9:00 a.m. in the Butler County Court of Common Pleas.

Come to back to miamistudent.net for more updates on the story. 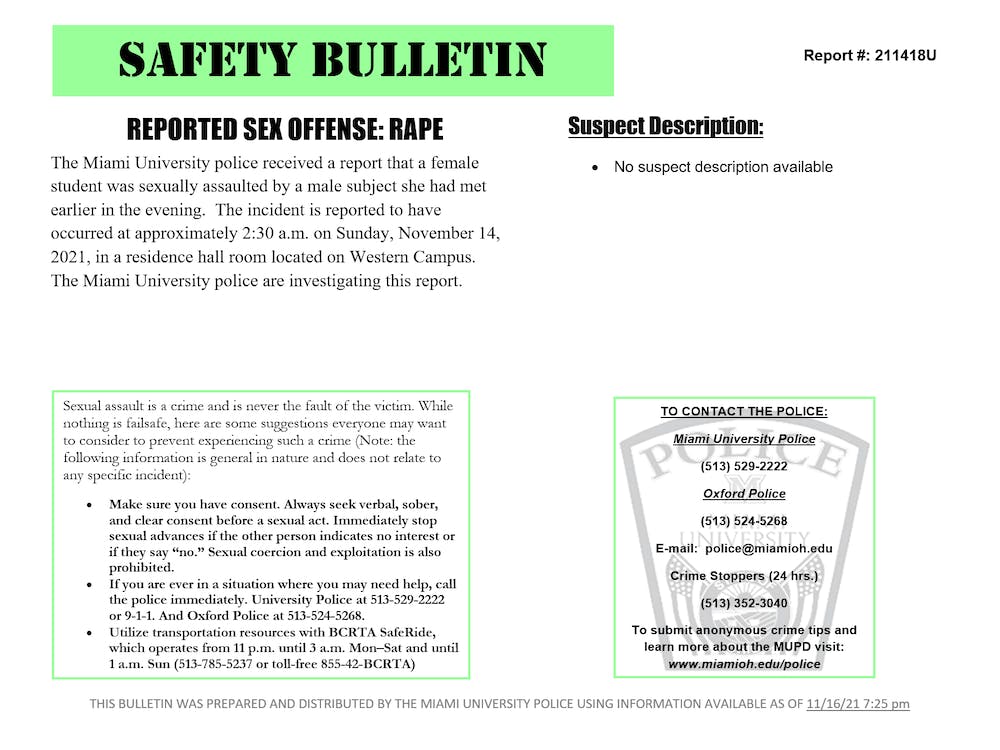