Not many high school freshmen go on brewery tours with their parents. Fewer still find their life's calling on one.

But, as she toured the Dogfish Head Brewery in Milton, Del., Olive Overmoyer was not most interested in the Burning Man treehouse-turned-conference-room, nor was she dissuaded by the terrible smell of hops. Rather, Olive was enticed by the people brewing the beer.

"They get to work with their hands, not in an office, and they get to create something, but it is also very scientific," said Olive.

Since then, she's been hooked.

Her eyes light up behind her clear-rimmed glasses as she describes her own personal experiences in brewing beer.

Olive has used store-bought kits to home-brew her own beer -- a process that involves a lot of boiling, pouring, straining and waiting. She brewed her most recent batch in the first week of August, and it was finally ready to be tasted last week.

"My parent's Facetimed me when they tried it. They said it was really good," she said, with a tone of surprise.

Through laughter she explains that this was her first real success.

Olive hopes that through more experience she will build the confidence to brew with her own recipes. She would love to one day experiment with the modernization of recipes people used hundreds of years ago, which have recently been rediscovered through forensic science.

As for her long-term goals, Olive hopes to earn her Master Brewer's License and open a small brewery of her own where communities can gather, relax and learn about the science behind beer.

"I want to do science projects for kids to get people more excited about STEM," said Olive. "I think that a lot of people only think of doctors and engineers, but there is a lot more you can do with STEM." 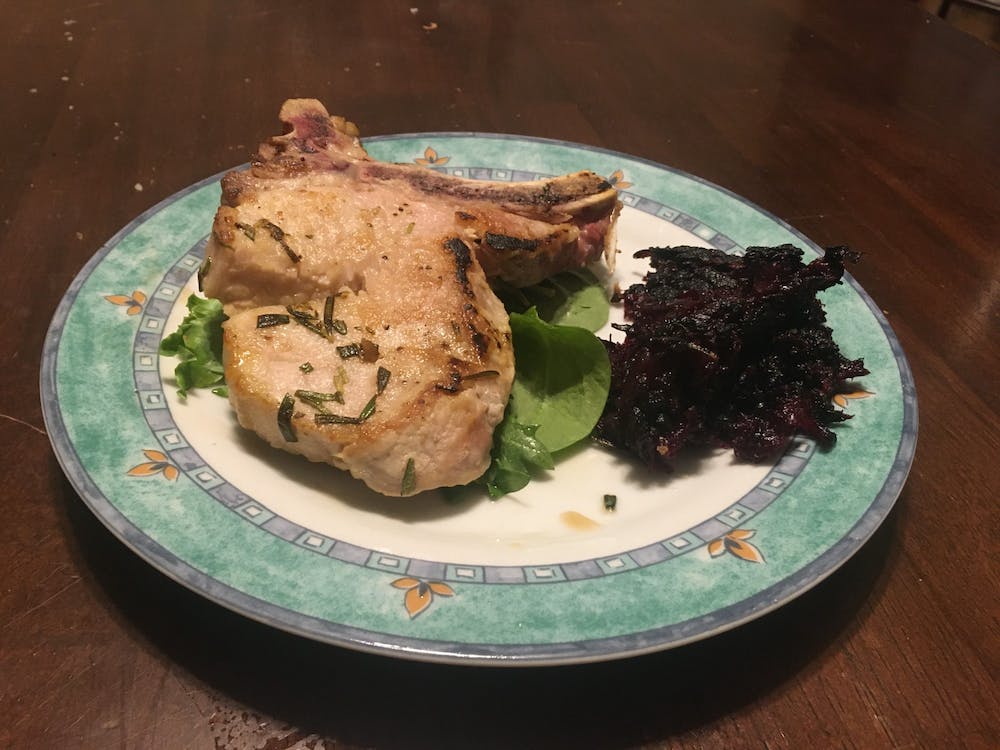 In the back of my cookbook, there’s an extended index of suggested menus for different occasions: New Year’s Eve dinner, hangover brunch, spring picnic, etc. One of them was called the “Impressing-Your-Boss Dinner.” As a soon-to-be-graduated senior who has never made a full, three-course adult meal and will hopefully have a boss to impress soon, I decided to try it out.