The One Miami Campus Climate Survey, which opens Sept. 26 and closes Oct. 27, will ask respondents about their personal experiences on campus and cover topics including diversity, sexual harassment and assault.

Students, faculty and staff at the Oxford, Hamilton and Middletown campuses -- regardless of full or part-time status -- can all participate in the survey.

The university held its very first campus climate survey in 1996, and then created a second in 2002 -- both focused primarily on student experiences related to diversity and inclusion.

"Faculty and staff had been asking for one and there had been some student interest in one," said Ron Scott, Miami's vice president for institutional diversity and co-chair of the campus survey work group. "More importantly, when president Crawford came in, he said 'Let's find out what we are doing right and what we are doing wrong and what we need to improve.'"

The original campus climate survey, commissioned by Miami more than two decades ago, posed 12 questions to students, staff and faculty.

"Looking at the results for undergraduates, it's striking to note almost three quarters (71 percent) have heard insensitive or disparaging comments about gays or lesbians from their fellow students," reads the report.

It goes onto say that "hearing such comments about [racial] minorities or women is much less common, yet surprisingly frequent." About one-half of students heard disparaging comments directed towards racial minorities and 38 percent reported similar comments about women.

The following survey 2002 was nearly identical in structure to the effort six years prior and attempts to generate a third survey report in 2008 failed after the survey was improperly conducted, said Denise Krallman, Miami's director of institutional research and the other co-chair of Miami's campus survey work group.

In creating the new campus climate survey, the work group aimed to avoid the problems of surveys past. They opted to hire Rankin and Associates, an outside consulting firm to help develop, administer and analyze Miami's new survey.

Rankin and Associates has conducted climate surveys for more than 170 organizations. One reason for using an outside firm is to help maintain anonymity for students' responses.

"It's completely anonymous," said Krallman. "Nobody at the university will know anything that people will say, and I think it's really important I say that. When the data comes back to us, there is no way we will be able to identify [individual students]."

To encourage participation in the survey, respondents will be able to opt-in to a random drawing for one of 110 $45 amazon gift cards after filling out the survey.

"They are going to make recommendations on the results of this survey. If something stands out and needs being addressed, as we progress forward as a university, we would obviously want to go back to the population and do a follow-up," said Krallman. "We want your voice. Miami wants to know about your experience." 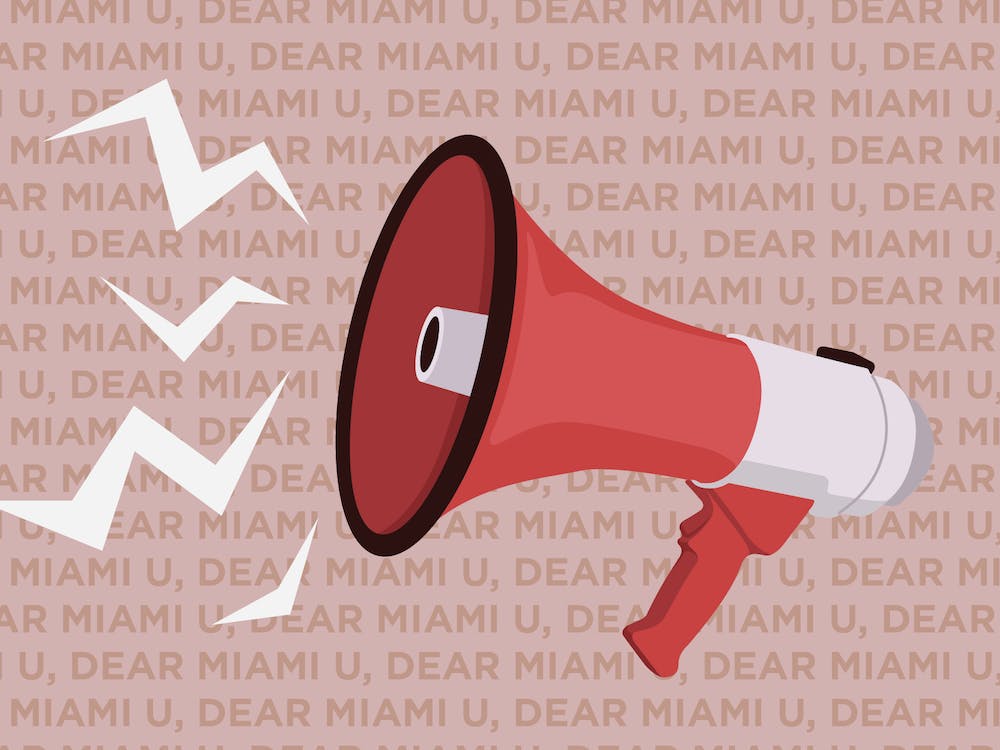