Last Thursday, roughly 30 students, faculty members and university employees dotted the seats of Kreger 319, a spacious lecture hall. They'd gathered for a Graduate Students of All Nations event, a Mindfulness Week session led by Miami grad student Ancilleno Davis in which international students and faculty were invited to share stories of their experiences at Miami. Apart from Leno himself, very few international students were in the crowd.

Notably absent were the authors of the stories, the very individuals Leno organized the event to feature. Though they were eager to write and share their stories, they ultimately didn't feel comfortable enough on Miami's campus to attend the event, stand up in front of a crowd and read what they'd written.

Leno was disappointed, but he ultimately couldn't fault the authors for their reluctance.

"I understood," he said. "Being an international student and being in the position to have experienced some of what was shared, it allowed me to more easily accept their position."

It was from this disconnect that Leno drew inspiration for the reading, a safe space in which international students at Miami could describe their genuine, and often visceral, experiences, stories that would be sure to produce an emotional reaction.

"A lot of the social work we do in academia, you have specific vocabulary, you have terminology that not everyone understands. It's just not real," he said. "Allowing students to put it in their own words, and for students to hear those words, read those words live would be a new way to bring that connection. Bringing it to students was very important."

Leno opted to sponsor the event through the Mindfulness Center as part of Miami's Mindfulness Week. Mindfulness involves being present in the moment, forgetting about what you might have going on later in the day or the week and choosing to fully experience the moment. One component of mindfulness involves listening without judgment. Leno saw this as an optimum environment in which these stories could be shared.

Additionally, however, Leno saw the Mindfulness Center as a more effective alternative to sponsoring an event through the university as a whole. In his past experiences, when approaching university departments, he was often met with defensiveness. The departments would present lots of explanations of why they operate a certain way, or what the limitations prevent them from doing anything differently.

This event wouldn't be about changing anything other than the minds and hearts of those in the audience.

"I'm not at the point anymore where I feel like we can change any of Miami University's policies or procedures," Leno said. "But for the 30 students that came, if you could change the way they interact with international students on a daily basis or the level of understanding they have, that was something that was more important at this time."

Additionally, Leno didn't want the reading to be an open forum. At previous events in which students and faculty gathered to discuss how to engage with international students, Leno found that the open nature of the discussion led to contentious debates that failed to result in any effective solutions.

"A lot of times the conversation will just devolve into pointing fingers at different infrastructure at the university, the difficulties of addressing international student issues," he said. "We never really get to speaking about the humanity of the individuals, and the diverse stories they are carrying with them."

However, despite all of Leno's efforts to foster a safe environment for the students to read their stories, none showed up. As students filed into the lecture hall, Leno solemnly asked if anyone wanted to volunteer to read some of the stories.

"It made it a lot harder," he said. "But I had already made the commitment, so professionally I thought it would behoove me to follow through with it."

In one, advisers repeatedly encouraged a student to visit the Confucius Institute, failing to understand the student was Korean, not Chinese. In another, a student had to leave McCullough-Hyde with an untreated concussion after the language barrier prevented the workers there from explaining to them how health insurance in America works.

Between each story, Leno paused for a moment of silence, allowing the attendees to process what they had heard, to step out for a moment if they needed to.

Leno hopes that these sorts of events will inspire Miami students and faculty to become more supportive of the international student community, to come together and address the underlying issues with the way we speak about, support and impact these individuals.

"The first thing students can do is acknowledge international students as being different in some ways but the same as all the domestic students," he said. "Each individual can talk to an international student and ask what the challenges are and what you can do to help. Sometimes we don't want help. We just want someone who can listen." 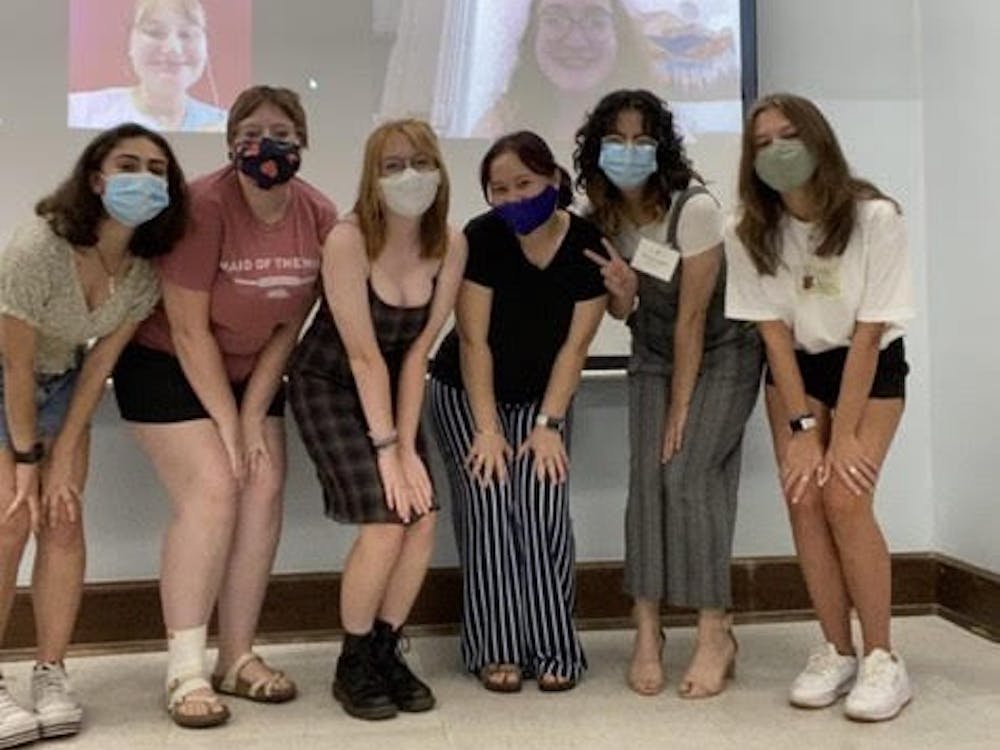