During the 2015-2016 academic year, over 40 percent of reported incidences of academic dishonesty involved international students.

That number -- 43.7 percent, to be specific -- seems disproportionately high, considering that Miami's international population made up just 11.4 percent of its total student body in fall 2015, according to the Office of Institutional Research's Fact Book for 2015-16.

But the numbers aren't as they seem, said Brenda Quaye, Miami's coordinator for academic integrity.

First, Quaye said, it's important to understand what exactly a reported incidence of dishonesty means -- that is, a case of suspected academic dishonesty reported by a faculty member to his or her department chair and brought to a hearing. These numbers don't only represent cases in which the hearing found the student responsible for committing academic dishonesty, either -- in fact, 104 of the 460 cases reported last academic year found students not guilty.

The term "academic dishonesty" can refer to a variety of circumstances, too -- most commonly cheating (as on a test or quiz), plagiarism or "unauthorized collaboration" with other students on an assignment. According to the official incidents report for 2015-16, nearly half of the reported cases last year involved "students copying/using others' work, giving work to others and/or collaborating in an unauthorized manner."

Quaye noted that the 460 cases reported last year are likely "a drop in the bucket" compared to the actual number of incidents that occurred.

"With, in the 2015 2016 academic year, 43.7 of our cases coming from international students, that does not mean that international students are committing dishonesty at that high a rate. It means they're being reported at that high a rate," Quaye said. "I don't think they're cheating any more than our domestic students. I think they're getting caught more and being referred more than our domestic students."

Nevertheless, Quaye said, the outsize proportion of international student incidences is "concerning." Her office has been analyzing the data to determine patterns in the types of cases reported, whether international students regularly commit more of a certain type of dishonesty as opposed to domestic students, and what classes they occur in.

Domestic students, whose native language is English, naturally write in a style that's similar to other English-language speakers. That makes plagiarism less noticeable.

"The domestic students have spent 18, 20 years gaming the system. If the studies are true and 80 to 90 percent of high school students have cheated or do cheat regularly and don't get caught, they know how to do this," Olausen said. "You know the shortcuts to get to your house, but somebody new to your neighborhood is not going to know that. You just know how to work the system you're in because you're used to the system."

Olausen added that differences between international students' oral and written English can serve as a red flag.

"If you have a student in your class who speaks in a halting manner and suddenly turns in a beautiful, perfectly written paper, you may not think about that if it was from a domestic student," Olausen said. "But from an international student, whose communication in class suggests otherwise, that may immediately flag it."

Plus, Olausen pointed out, international students' English vocabulary is generally smaller than that of a domestic student, making phrasing thoughts originally more difficult.

"Many students will use outside resources, fearful that they will look bad to their professor if their words aren't good. They don't want to look bad on paper to their professor," Olausen. "Your vocabulary [as a domestic student] is double what that of an international student's vocabulary would be, so if you're supposed to paraphrase something, you're going to be a lot more successful just because you speak the language and have more vocabulary than somebody who looks at that same text and says, 'I don't have better words than those.'"

"Yes, all international students get sort of a crash course in academic integrity during orientation, but that's 30 minutes at the beginning of the semester and then their professor may or may not review it," Olausen said. "They're supposed to somehow have automatically made this cultural shift when they've spent 18, 20 years in another culture functioning completely differently."

And so, sometimes, international students don't realize when they're cheating. Olausen, who on a regular basis works with students in her program suspected of having cheated, said her pupils are often as confused about the rules as they are contrite about breaking them.

"They were trying to follow the letter of the law, but it's a law that was just presented to them two months ago," Olausen said.

Peer pressure, too, may contribute to the higher rate of incidences of academic dishonesty among international students.

In addition, the cultural differences between China, where the majority of Miami's international population hails from, and the United States are drastic. China's collectivist society, Quaye said, places more of an emphasis on helping others than American individualism.

Particularly, the Chinese subscribe to a social dynamic called guanxi, which emphasizes strength of personal relationships and community over individual consequences.

"We may very well have students who know that they're not supposed to give work to someone else, yet their friend is asking for that, and it's more important that they don't harm their relationship with their friend than following our rules," Quaye said. "So, they'll give the work to their friend, knowing that they probably shouldn't be doing this, because maintaining those relationships is critically important within their culture."

"If you were in a fraternity or sorority, would you say no to one of your sisters or brothers if they asked you for help on something?" Olausen asked. "Or are [you] kind of responsible to the group and you, therefore, help the people in your group?"

Failure to follow the principles of guanxi could lead to ostracism back in China and, because of the pervasiveness of the nation's social and business networks, could result in the loss of a potential job.

"[Chinese culture] is much more product-oriented than process-oriented," Olausen said.

While an American student may take the SAT or ACT three or more times, a Chinese student only has one chance each year to take their college entrance exam -- a nine-hour assessment that takes place over two days and consists largely of rote memorization. After passing this exam, students take the TOEFL (Test of English as a Foreign Language); many American universities require a specific TOEFL score for full matriculation status.

So international students are used to tests. But when they arrive Stateside for school, Olausen said, they're surprised by what they see.

"They arrive at the university that says, 'No, we want to see that you can process information. We're not as concerned about your test score,'" Olausen said. "They come here and we're all about the process, drafting your papers and working in groups, and that's a complete shift from how they think about being students."

Quaye said that the increase in international students as a proportion of Miami's total student body also figures into the increased incidences. In the case of academic dishonesty, there's strength in numbers.

"Four or five of those students might form a group to study together, to work together, to ask each other questions, to sort of help each other through," Quaye said. "And some of those group relationships may turn into incidents where academic dishonesty occurs that were different than say, four or five years ago when there was just one [international student in the class].That person wasn't sharing work with anybody because there wasn't anybody else to share work with."

Quaye also named increased reporting of suspected dishonesty by faculty and the role of technology (especially services like Turnitin and exam proctoring software) in detecting dishonesty as factors in the increase.

All of this, Quaye says, is meant to cement the definition of academic integrity and clear up confusion. But ultimately, she, Olausen and faculty members can only do so much.

"The onus is ultimately always on the student of whether or not to commit dishonesty," Quaye said. "We need to make sure that those messages are consistent and continual throughout a student's career so that it's not out of sight, out of mind" 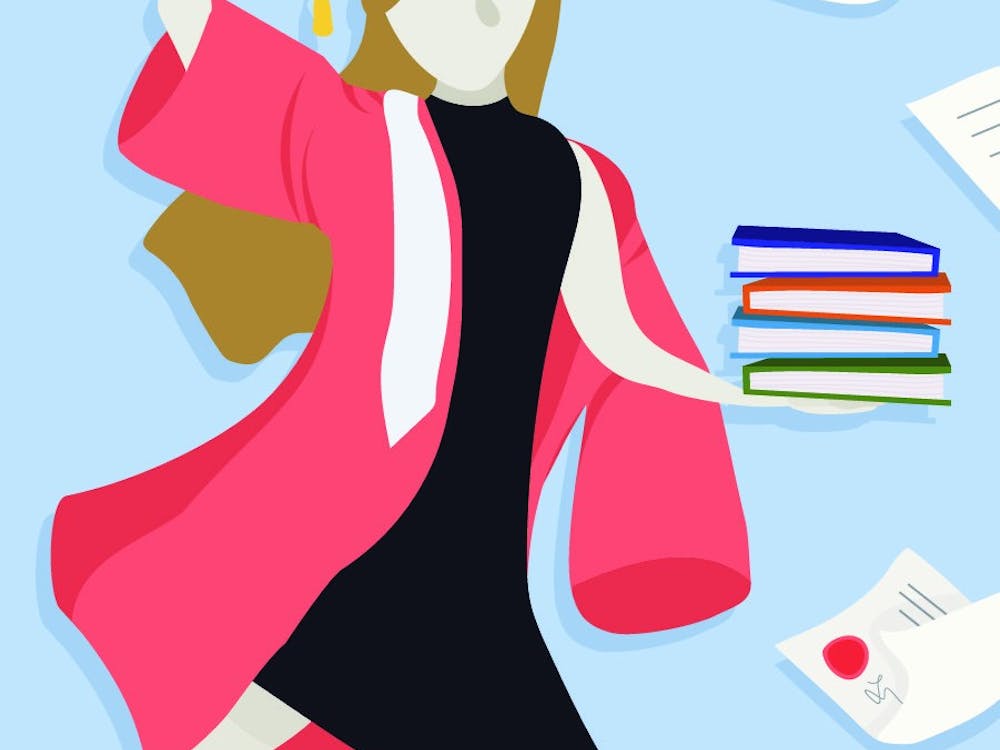 Senior students who plan on attending graduate school have to juggle completing capstones, enjoying their last year on campus and applying for grad school - and it's all easier said than done.