Upham Hall was packed to the gills with students, faculty and community members Monday night as Kevin Samy, a 2009 Miami grad and a former speechwriter for the Obama administration, spoke about the politics of white supremacy. In the discussion, Samy called on students who oppose the ideas of the alt-right to be proactive in their dissent.

About 150 people poured into the crowded lecture hall and struggled to find seats, opting to sit in between the rows of chairs in the aisles. Samy's lecture began at 7 p.m., but he continued to take questions from the audience for more than an hour and a half after the conclusion of his presentation.

Senior political science major Olivia Vandervoort, who helped coordinate the event with Samy, said she was thrilled with the response she saw from students and faculty.

"I was very excited to help coordinate Kevin [Samy]'s visit since I felt that his message was an important one for our campus to hear, and it was wonderful to have so many people come out to hear what he had to say and talk about it," Vandervoort said. "I thought his talk was helpful, thoughtful and informed, and I think it helped a lot of people think through what has been going on."

At the same time, Milo Yiannopoulos, a senior editor for Breitbart News, spoke to an audience in Harry T. Wilks Theater. Students and faculty also gathered in the Shriver Center last night from 6 to 9 p.m. for another event, "Growing a Garden of Love," which stood in direct contrast to the alt-right media personality's speech.

Large flowers which had been assembled in Miami's Women's Center over the past week decorated the brightly lit Heritage Room. Attendees helped themselves to free food, made small art projects at tables and listened to students and faculty share poetry, memoir and other writing at a podium flanked by several of the colorful tissue paper buds.

In Upham's room 001, Samy opened his presentation by drawing a connection to his alma mater's history. In 1969, Andrew Goodman participated in Freedom Summer, a program where college students, who gathered and received training on Western Campus, traveled to Mississippi to register black voters.

Goodman and two friends were brutally beaten to death by members of the Ku Klux Klan after traveling to a neighboring county to visit a church that had been burned down.

"This guy is you," Samy said. "Your age, everything. Andrew Goodman dissented. They took a very different tactic, but these klansmen also dissented. They broke the law. They killed people, but they dissented, and dissent has its limits."

Samy then flipped to a photo from early last month of a burnt church in Mississippi spray painted with the slogan "Vote Trump." Samy stressed that, although the hateful acts of a few can have a devastating impact, those individuals are not at all representative of the population.

"There will always be people that hate you because of the color of your skin, but the idea is that there are more of us than there are of them," Samy said. "This is definitely not at all representative of the vast majority of people who voted for Donald Trump. I just can't make it more clear that this is a tiny, tiny sliver. It's not representative of America or students on this campus or Ohio, but there is an undue influence, and that is the crux of the problem."

While Samy noted that the alt-right movement is contained to only one to three percent of Trump supporters, their influence is still prominently displayed by websites like Breitbart News.

Samy then spoke about the concept of dog whistles, messages encoded with one meaning intended for the general population while another meaning is decoded by an "in the know" group. Samy cited "family values" as a common dog whistle politicians use to defend their anti-gay beliefs.

"There is no such thing as passive participation," one of Samy's slides read. Samy asserted that we have a duty to defend our institutions, a duty that is not separated by political parties.

"I don't think you need to be Republican or Democrat to defend the value of government," Samy said.

Samy reiterated that, although democracy has its flaws, our government is what makes us unique and what upholds the tenets of the American dream.

Samy's parents grew up in rural farming villages in India and immigrated to the United States before he was born, affording him opportunities that no other country or government could have provided.

"This government gave my father, who didn't have shoes until he was 12, a public education at a university so I can stand up here in front of you. That's what the government did for me," Samy said.

Despite everything the government provides to its citizens, there is a partisan divide typified by the alt-right movement that makes Samy fear that the death of compromise is in our imminent future. However, he said, there are still mechanisms in place that citizens can use to fight this movement.

"There's an election in 2018, and then there's a presidential election. There are courts; there are ways in which we can leverage the system," Samy said. "There's enough transparency in system, and at least for now suitcases of cash don't run it, people do. This is the grim reality that we face, but this is also how we fight this thing."

The over 90-minute question-and-answer session following the presentation covered topics from the future of public education to the impact a Trump presidency will have on climate change issues to what's next for the Democratic party.

"I'm with you," Samy repeated, nodding as he listened to audience members share their personal frustrations and concerns with the election, the state of the current political climate and their uncertainty about the future.

Samy's discussion resonated with the the audience, Vandervoort said, because he spoke to concerns that many Americans share, while also offering productive strategies.

"I think Kevin [Samy]'s message resonated since this is a time of uncertainty and fear for many people," she said. "Nobody has all the answers to what is next and the perfect course of action, but it is helpful to hear from somebody like Kevin [Samy] as we try to think through everything and continue to make progress."

Although the questions covered a wide span of topics, they centered around two main ideas: how did we get here, and what can we expect in the future?

Samy admitted that he, too, isn't sure what will happen and doesn't have all the answers to the many complex problems the students' questions addressed. He did, however, maintain a sense of optimism in the country's future.

"I have a lot of respect and hope for what's possible for America," Samy said. 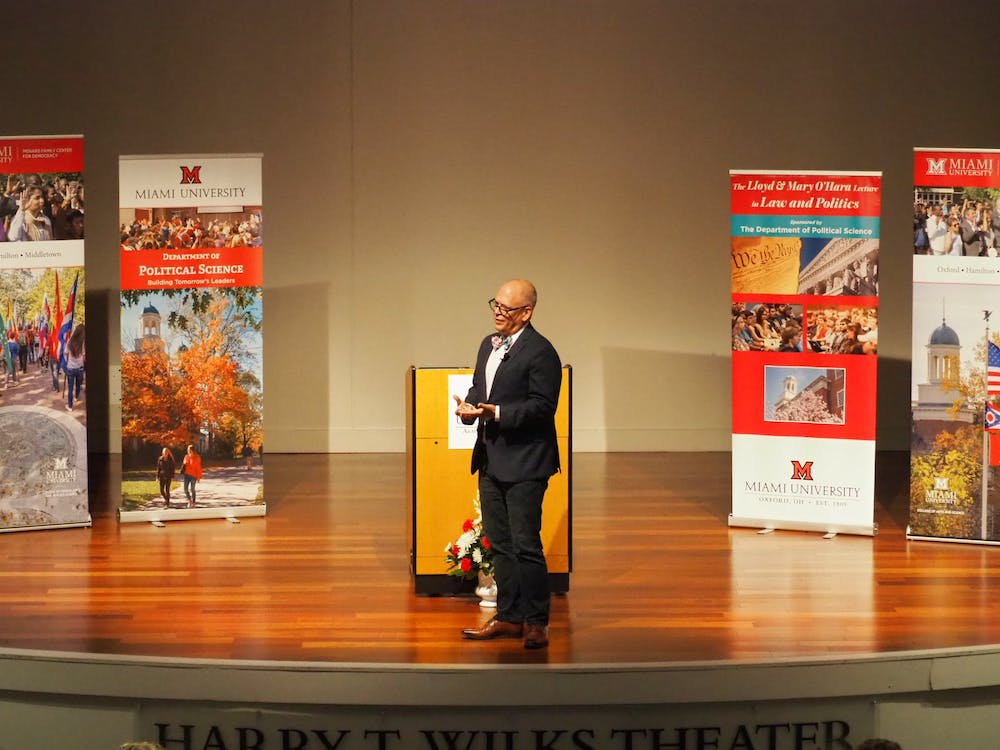 By Emma Wilcox | 5 days ago