Technology editor of the alt-right publication Breitbart, Milo Yiannopoulos drew a crowd of over 250 people to the Harry T. Wilks Theater Monday night with his controversial rhetoric.

Introduced as "our most dangerous faggot," Yiannopoulos, clad in gold zebra-print sport coat, proceeded to speak on a range of subjects from the "fat faggot" professor Daniel Brewster at West Virginia, to the "Trumpen Reich," to radical Islam ("or as I call it: Islam"), to the recent attack at Ohio State.

"If there was something he should have driven his car into, it should have been the gender studies building."

The event was secured by at least 10 Miami University Police officers and a K-9 unit.

Yiannopoulos walked on stage to thunderous applause 45 minutes after the event's 7 p.m. start time. The crowd was a positive one for him, and most audience members consistently offered laughs and cheers at Yiannopoulos' often vulgar brand of entertainment and alt-right ideology.

Some students, however, did voice dissenting opinions, adding to the room's charged atmosphere.

"Milo, if you believe in free speech, why can't we ask you questions?" yelled senior Mickey Myers, interrupting Yiannopoulos as he spoke about free speech on college campuses.

"You can, darling, what's your question, ask me now," quipped Yianopoulos.

"How can we have an open debate when you're on a stage with a microphone and we're down here in the audience," replied Myers. She and a handful of supporters got up from their seats and walked out through jeers.

"Come back and ask me a question, you fucking cowards," yelled Yiannopoulos to the backs and raised fingers of those leaving.

Yiannopoulos did host a question and answer session through Twitter at the end of his lecture. When asked what he thought of Pence's support of electroshock conversion therapy for homosexuals, Yiannopoulos replied that he "only wished it worked."

At the end of the question and answer session, a student at the front of the audience stood up alone and argued with Yiannopoulos for almost ten minutes about a variety of topics including the Republican party, media bias and white supremacy, which the student alleged Yiannopoulos supported.

Yiannopoulos responded quickly to each argument levelled at him. Ultimately, the crowd was on Milo's side, and the lecture finally ended after the student responded "you support Donald Trump" to Yiannopoulos' charge "to justify your allegation that I am a white supremacist."

The student refused to give his name, but did offer a reason for his actions.

"[I stood up because] this hateful, divisive rhetoric, criticizing liberals, muslims -- basically, anyone who disagrees with him -- it's not right," said the student. "You need someone to stand up to these people. Especially now more than ever, when people of color and other people are threatened. What we need to do is keep standing up for people who are less fortunate than us." 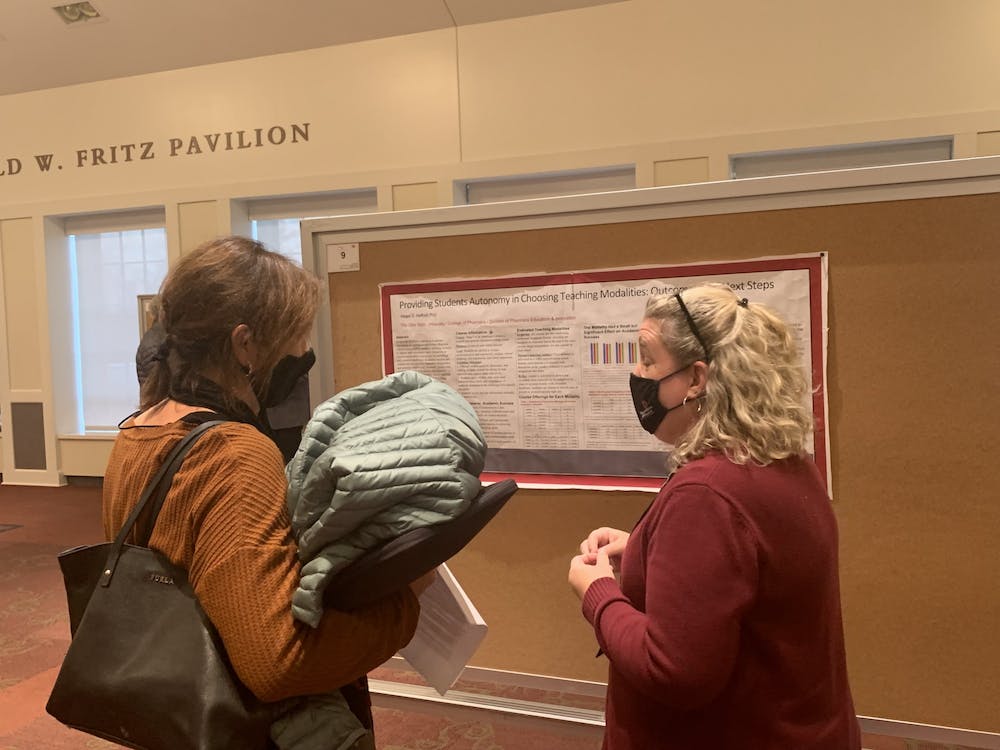 Miami University’s Armstrong Student Center opened its doors to educators across the globe Nov. 18-20 for the 40th annual Lilly Conference, an event for professors and others with careers in higher education to share their research on learning.

The Miami University Police Department (MUPD) investigated an “unsubstantiated bomb threat” on Western Campus this afternoon and found no threats.