I stared at the woman standing at the front of the restaurant.

She stared back expectantly; ladle poised over three different steaming pots of something.

This was about the time when I it finally hit me, very abruptly, that I was in Beijing, China.

There was a dark brown something, a lighter brown something and a white something, all in large metal pots with steam curling out of their centers. The woman glanced between my two friends and me before repeating the options, ladle gesturing quickly over the corresponding pots again. This time I barely caught the word tofu squeezed in at the end and I nodded, pointing towards the white something and spluttering tofu before she began trying to explain what they were again. My friends immediately ordered the same things and a few minutes later we were sitting silently at a table, staring at each other.

"So," one of my friends finally said with a nervous smile, "this is what Chinese breakfast is like."

I've since settled in at Southwest University for Nationalities, my host university for my semester abroad in Chengdu, China. I like to think I've improved a little from my shell-shocked breakfast adventure in the side-streets of Beijing, but there continue to be moments that bluntly remind me that I am the foreigner here--and 95 percent of the time, I have no idea what is going on.

I realize that I stand out a little here with pale skin, freckles and a streak of fire engine red hair, but sometimes I like to think I am able to successfully blend in.

Of course, these moments are rather short-lived and I am back to feeling lost and incredibly confused.

One Saturday morning I decided to walk to the park to read while the weather was still cool. An old woman sat on the bench next to me. Out of the corner of my eye, I could see her watching me curiously, occasionally glancing towards the group of people practicing tai chi, but always settling to look back at me. I decided that now was as good a time as any to practice my Mandarin, so I closed my book and asked if there was tai chi in this park every morning. She responded with a delighted, crinkle-eyed smile and an affirmative, and I felt proud for initiating the conversation. But this was the last thing I fully understood for the next 45 minutes, because she began speaking in the local Sichuan dialect.

Occasionally, I would catch a question I knew -- where are you from, what brings you to China, what do you think of Chengdu, do you like the spicy food. The conversation ended with her telling me that there was group dancing in the square every night and I should come back to take part. I told her I would, and she hobbled away. I hoped she didn't realize I was smiling and nodding dumbly for the majority of our chat.

It's hard to go from a home environment where you understand the language and culture to a foreign country where you are clueless in every aspect. I can walk away with my breakfast after successfully ordering and not making a fool of myself, feeling like I've really gotten the hang of this whole adapting thing -- only to be floored a few minutes later when nothing the bus driver is impatiently telling me about bus fare matches anything in my dictionary app.

After a week of living in Chengdu, walking with an equally confused friend in the direction we thought was an apartment complex but turned out to be a dance studio, I realized belatedly that this was what the international students must have experienced when first moving into Miami.

Last year, I worked as an International Peer Orientation Leader (iPOL). A group of 25 students, it was our jobs to help international students move in and adjust to life at Miami. I took great pride in my job, and I sincerely enjoyed being of use to the new students in any way.

Whether it was walking them to the post office, helping them lift a suitcase up a flight of stairs to their new dorm room or even just talking with them while they waited to get their documents checked, I loved it. I loved my job and the community it built between the international students and the iPOL team.

A few times, well into the school year, I would be stopped by international students who would thank me again for my help at the start of the year. I would walk away from the conversation a little puzzled because all I could remember doing for them was telling them which direction Armstrong Student Center was or giving them a Band-Aid after they scraped their leg getting off the bus.

What I'd done for them seemed miniscule in light of everything they needed to do -- opening a bank account, buying a SIM card, getting tested for tuberculosis -- that it was a wonder to me how they remembered something so small and insignificant months later.

Being on the opposite side of that interaction now, I think I am beginning to understand.

It's amazing being able to travel and live in a foreign country, but it can also be a little terrifying. Even simple things like taking the subway take you out of your comfort zone. I find myself just stumbling through what little Mandarin I know, bracing my brain to decipher the response, and praying it goes well. When someone shows even the slightest bit of kindness towards me -- an understanding smile after I say my favorite part of learning Chinese is strong young men (hanzi) rather than writing Chinese characters (hanzi), patiently speaking slower when giving directions -- it goes a long way.

Even with a language barrier, kindness is universal. It can mean everything to someone who is disheartened after struggling to adjust to and understand the new environment around them.

I hope that my time in Chengdu is not only teaching me to improve my Mandarin and how to properly hold a calligraphy brush, but also how to be the kind of person I want to be when I return to Miami.

Given the option of emulating either the disgruntled taxi driver who clearly proclaimed his dislike of foreigners or the dozens of helpful Chinese people who have patiently assisted me so far, I hope to be among the latter.

You never know when it might be your turn to be lost in a foreign metropolis and completely reliant on people's kindness to get home safely, so I'd strongly suggest paying it forward when you have the upper hand. 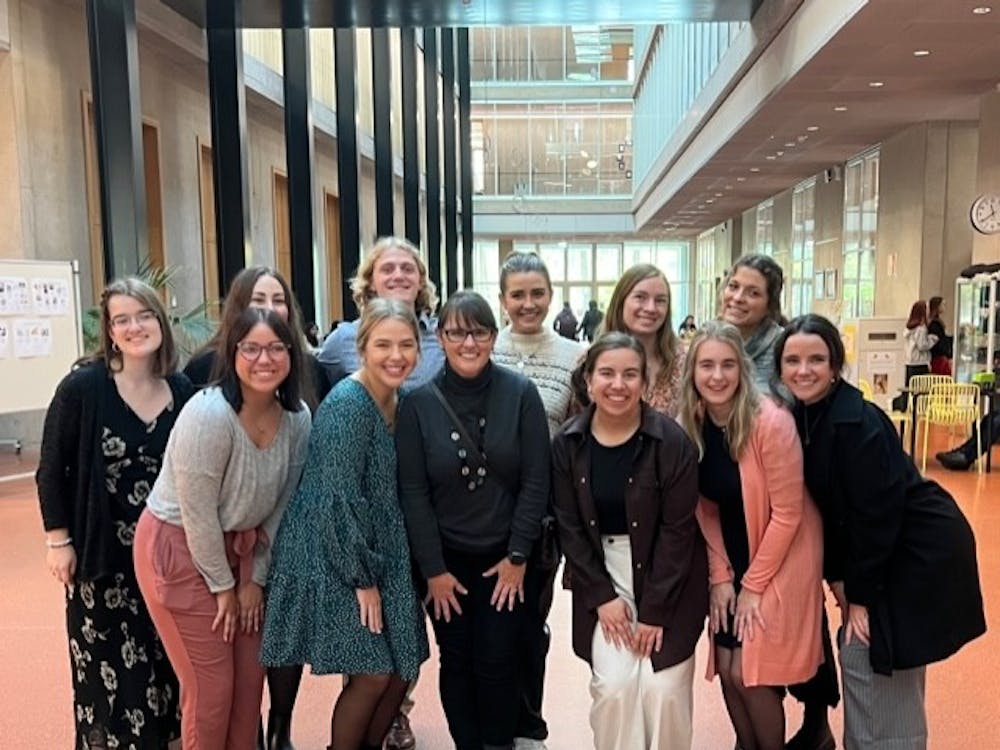