By Lauren Oliver, For The Miami Student

The Jazz Ensemble, the marching band and the Men's Glee Club are just a few of Miami University's many music groups. However, also housed in the Department of Music is the university's budding steel band.

Last night, the steel band performed at Hall Auditorium, along with special guest Ray Holman. Holman was born on the Caribbean island of Trinidad, where steel band originated, and has been involved with the music for over 50 years.

Among the university's band selections for last night's concert was a composition written by Holman himself, which the band had been rehearsing for the entire semester.

Chris Tanner, the director of the steel band, founded the band in 1994 while he was completing his master's degree at Miami. Originally, the steel band was housed within the percussion section and most members were music students.

However, the band grew steadily, bringing in students from all different majors. In fact, the majority of the band's members today are non-music majors, and almost all members join the group without prior steel band experience.

The steel band is offered as a for-credit class. Every fall and spring semester students are allowed to audition, and if accepted, they can enroll in the beginner's class. Following the beginner's class, students may choose to register for the advanced class as many times as they would like.

"If people come to [a] concert, what they're seeing is the advanced band class; that's who's performing," Tanner said. "The beginner's class isn't a performing group, it's a training group [and] it prepares people to go to the advanced class."

Because steel band originated in Trinidad, people often associate the instruments' sounds with a Caribbean vibe. However, Tanner said Miami's steel band plays original compositions - or music written specifically for steel band, as opposed to songs heard on the radio.

"We focus on that original music because in my opinion, that's what we need in order to grow this art form," Tanner said. " We need to play music that's written for steel band to expand it."

Tanner also said those interested in checking out a concert should prepare themselves for a lively atmosphere. The steel band plays "popular" music, versus the common classical style.

"A steel band concert is not like going to an orchestra; it's more like going to a rock concert," Tanner said. "It's loud, we use microphones, we talk to the audience, we have colored lighting and it's very informal."

Senior Maddie Wessel, a member of Miami's steel band, said calypsos - which have Jamaican origins - and Latin music are also typical music pieces, which attests to the versatility of steel band - something that makes her time in the band all the more enjoyable.

"Steel band has been one of the most fun experiences and one of my favorite parts of being at Miami," Wessel said. "It's a lot of hard work, but it's really fun and I just love the people and Dr. Tanner."

Senior Calen Settles also said his time in the band has greatly impacted his experience at Miami.

"The steel band has changed my life," he said. "It has been one of the only groups where I can form a community with people of multiple backgrounds, learn and play music from cultures around the world and perform in front of people."

As for their performance, Tanner said it is an honor to have Holman visiting. He organized two other performances at high schools this week in Cincinnati and Columbus.

"It's allowed us to outreach and connect with these high school programs and that's good to just get the name out of Miami University into the surroundings areas," Tanner said. 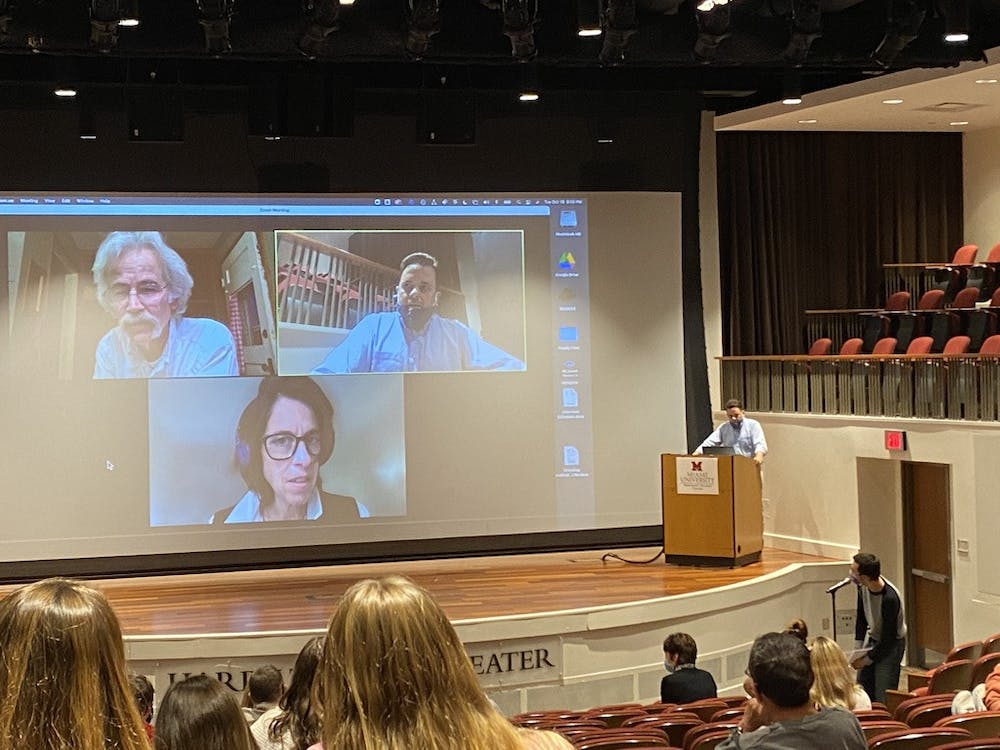